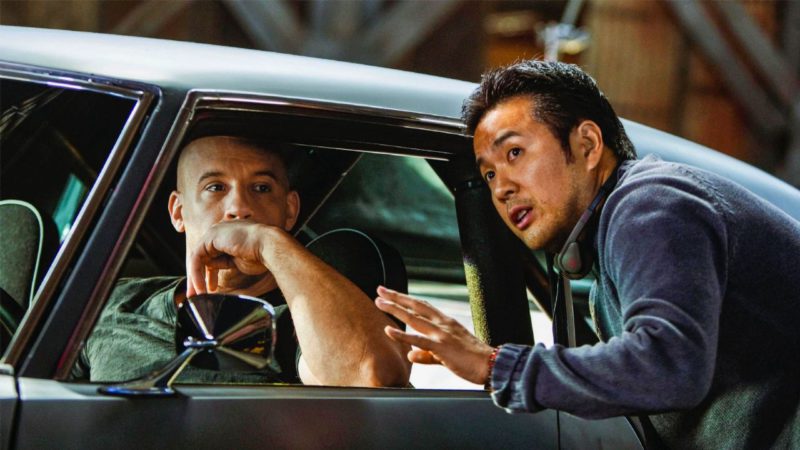 Everything seemed to be going smoothly for the saga of Fast and Furious that little by little begins to say goodbye to fans with two final films. Universal previously confirmed that Fast & Furious 10 and 11 would mark the final chapters of the successful action saga that began back in 2001.

Days ago Vin Diesel, protagonist and producer of the franchise, revealed the title of the tenth film and confirmed that filming was about to begin. Already with the cast confirmed, which will include the return of several historical characters from the saga and new ones, played by Brie Larson, Daniela Melchor and Jason Momoa, the new film faces a problem that no one expected.

Just one day after filming begins, the saga of Fast and Furious has been left without a director. The information comes through the site Deadline, which indicates that Justin Lin would have slammed the door due to creative differences behind the scenes.

As it has transpired, the studio’s decision is that filming continue its course with the second unit, until they find a replacement for the director’s chair. Lin himself shared a statement through the official Fast and Furious Twitter account where he communicated the decision of his imminent departure.

“With the support of Universal, I have made the difficult decision to step down as director of FAST X, while remaining on the project as producer. For 10 years and five films, we have been able to film the best actors, the best stunts and best damn car chases. On a side note as the son of Asian immigrants, I am proud to help build the most diverse franchise in movie history. I will forever be grateful to the amazing cast, crew and studio for their support and for welcoming me to the FAST family,” reads the message posted by the director on the social network.

Without a doubt, it is a decision that has taken everyone by surprise. Justin Lin is credited with directing some of the best Fast and Furious installments. He started with the third installment Fast and Furious: Tokyo Drift (The Fast and the Furious: Tokyo Drift), which brought Vin Diesel back and introduced the character of Han with Sung Kang. From there he was behind the scenes for the next three films, including Fast and Furious: 5in control (Fast Five), which welcomed Luke Hobbs, played by Dwayne Johnson. He then left and came back for the ninth inning.

At the moment the reasons why the director decided to step aside are not clear, but the fact that “creative differences” are argued, it is very likely that his vision was not in harmony with the rest of the production. ..possibly Vin Diesel? The actor, who also works as a producer, is the one who has creative control of the franchise in his hands. He recently revealed that he had rejected an early Fast X script because it left out one of the characters. At the moment it is difficult to know and hopefully one day the details will come to light.

At the moment, the studio is focused on finding a replacement as soon as possible. As detailed, Universal would have already contacted some directors. There is a possibility that they will bring back David Leitch, who was in charge of directing the spin-off Fast & Furious Presents: Hobbs & Shaw.

It had also previously been reported that Diesel wanted Rob Cohen, who directed the first Fast and Furious movie, back. In one way or another, we will soon know who will be in charge of taking the reins of the final films of the action saga.