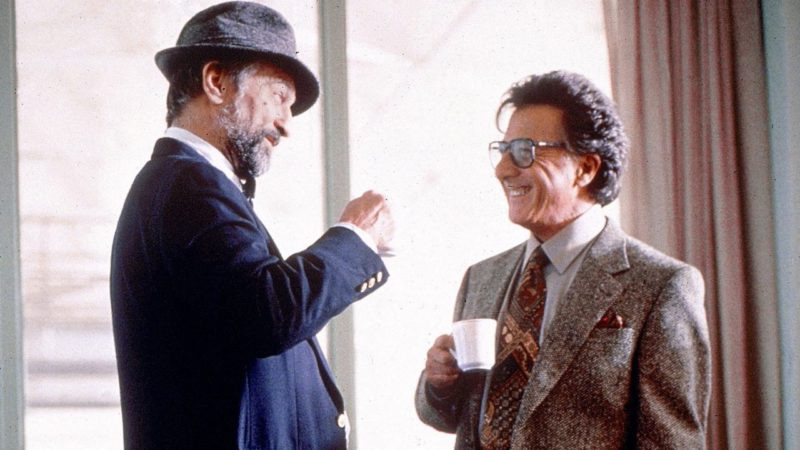 In this case, the film that will leave the platform at the end of the month is Wag the Dog, the film by the Oscar winner for Rain Man, Barry Levinson, who is also the father of Sam Levinson (Euphoria). In this film, which premiered in 1997 (during the presidency of Bill Clinton), we will see how after a sexual scandal becomes public in the last weeks of the presidential race, the President of the United States must do everything possible to distract the public and allow him to win re-election, so he hired Robert DeNiro and Dustin Hoffman.

Surprisingly, the film, written by acclaimed playwright David Mamet (Pulitzer Prize winner for Glengarry Glen Ross), was released a month before the Bill Clinton and Monica Lewinski scandal hit the media, but most amazing of all lies in the similar answers that the presidents will give to avoid the scandal, although the reality was much more tragic.

In the film, two weeks before the election, the President is caught red-handed making inappropriate sexual advances on a minor in the Oval Office. After this scene, Conrad Brean (DeNiro) a “spin doctor”, that is, a specialist in political propaganda to influence public opinion, will hire Stanley Motss (Hoffman) to carry out his plan. Motss is an acclaimed Hollywood producer who will be tasked with creating a fake war in Albania, complete with a thrilling soundtrack and war scenes, to help the president rise in the polls.

The film works as a short (only 97 minutes long), funny behind-the-scenes political satire of presidential campaigns, but neither Levinson nor Mamet could have expected their movie to deliver a predictive level worthy of The Simpsons. As we said above, the film anticipates not only the Clinton-Lewinski scandal, but also the administration’s response to it. While the president was undergoing an impeachment trial, the Clinton administration launched a war in Iraq to distract the public and portray the president as a hero. The only difference is that this war was not a set-up.

Going back to the film, beyond all its parallels with reality, Wag the Dog manages to be an entertaining experience from start to finish, one that will have you in a little shock of nervous laughter as you watch Robert DeNiro and Dustin Hoffman manipulate American voters. , in what could easily be the best political satire of all time.

Read Also  The series, documentaries and movies that arrive in May at Disney Plus Spain

CSI Miami: What Happened To The Drama’s Biggest Actors After The Finale