The Rookie: Revealed video of the new character that will play the spin-off of the drama 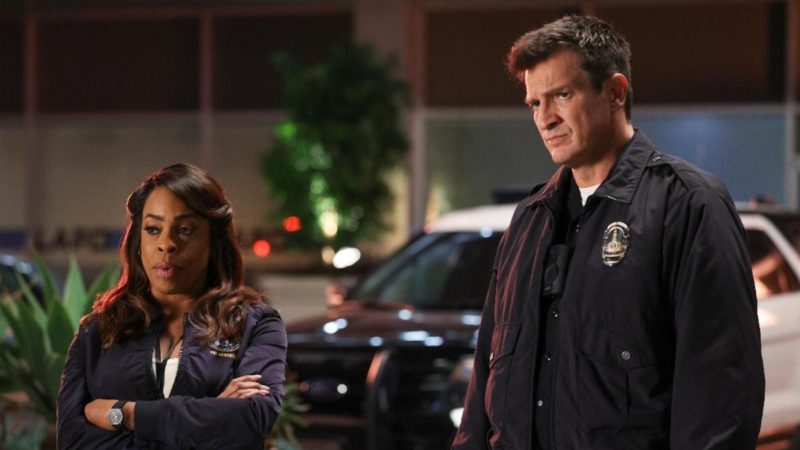 The popular police series broadcast by the ABC television network, The Rookie, is preparing to show the last episodes of the fourth season. But, these last chapters will have a new character who will work in collaboration with officer Nolan (Nathan Fillion) to investigate a particular case. However, it will also be the door for a new spin-off that is being prepared for the drama.

Some time ago it was revealed that The Rookie would have its own spin-off, which would star actress Niecy Nash as Simone Clark. But, to open up this new show, it will be introduced via a two-episode backdoor pilot and could be seen at the end of the main show’s fourth season.

This new spin-off will be an FBI-focused series that follows Simone Clark, the oldest rookie at the FBI Academy. In fact, the same actress had shared her enthusiasm and one more small statement about the personality of her character that could be seen very soon on TV:

“I am so excited to guest star on ‘The Rookie’ and bring Simone Clark to life! She is a vivacious and spicy fish out of water. The cast is amazing and I can’t wait to play!”

However, after several rumors, the television network has finally revealed the video in which Niecy Nash is seen as Simone Clark helping Officer Nolan, after a local power station suffered a bomb attack that left almost everyone. the city of Los Angeles without electricity. For that reason, the FBI led by Clark enters the scene to see what really happened.

Interestingly, the beginning of the video shows how it all starts with reports of suspicious activity, signs of forced entry to the site, and then an explosion at a local power plant. To then show Simone Clark being held up in a meeting room by different police chiefs and the FBI. Immediately afterwards, Nolan and Clark the two rookies work together to capture some suspects.

Special guests at the two-part event to wrap up The Rookie season 4 will be Frankie Faison as Christopher “Cutty” Clark, Kat Foster as Special Agent Casey Fox and Felix Solis as Special Agent Matthew Garza. Which means that the viewers will be surprised with the stories that will be shown.

It is difficult to know if this new spin-off will live up to The Rookie that continues to grow more and more with each of its episodes. However, fans are excited that there will also be another rookie, but this time it will be from the FBI. The two episodes will air on Sunday, April 24 and Sunday, May 1 on the ABC television network.

HoYeon Jung, Lily-Rose Depp, and Renate Reinsve Together on the Big Screen

The highest grossing horror movie of 2021 comes to streaming, where to watch it?