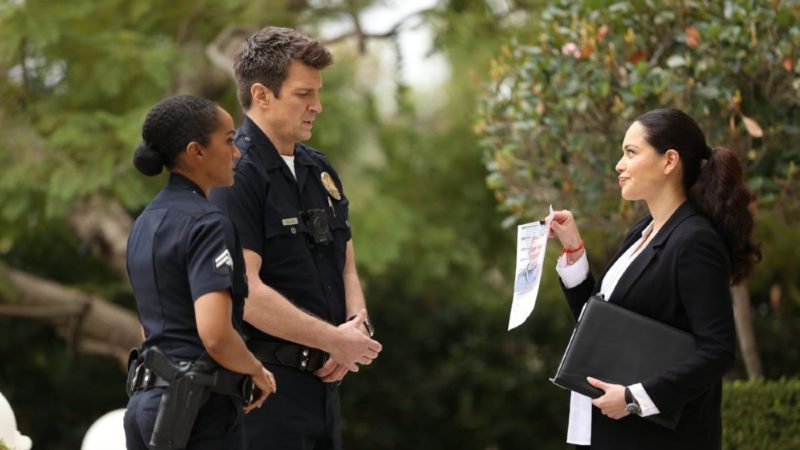 ABC television’s police drama The Rookie first hit the screen in October 2018, starring actor Nathan Fillion as Officer John Nolan, making him the oldest rookie in the crime department. Los Angeles police. Long before his involvement, though, the star was playing Richard Castle on the ABC series “Castle.”

In Castle, Nathan Fillion’s character Richard Castle is drawn in to consult on a murder that mirrors scenes in his books, where he finds a new muse in detective Kate Beckett (Stana Katic), on whom he is basing a new series. Taking advantage of her relationship with the mayor of New York, Castle follows her on murder cases for years, eventually forming a romantic relationship with Beckett.

Richard Castle is not only a great detective, but also a great writer, but more importantly, he is also a father. Castle has a daughter named Alexis (played by Molly C. Quinn), who is pretty much the only mature adult in the household. Little Ella is motivated in school, responsible and reliable, and her relationship with her father more often than not resembles a friendship rather than a father-daughter bond.

Due to the popularity that Nathan Fillion and Molly C. Quinn had before the cancellation of Castle in 2016, the ABC television network decided to make a connection between the two programs, after inviting the young actress to participate in the third season of The Rookie.

During The Rookie Season 3 Episode 8 titled “Bad Blood,” viewers were treated to Molly C. Quinn’s brief appearance on the show, as the daughter of con artist Oscar Hutchinson (Matthew Glave), a recurring character on the drama. . However, unlike Castle, here her father is a con artist, while Nathan Fillion is a policeman who is investigating him, creating a curious connection between the two dramas.

Interestingly, the ABC television network did not announce that the young actress would make an appearance in the third season of The Rookie, so fans who follow actor Nathan Fillion, realizing that it was Molly C. Quinn, began to speak about it and the strange connection they made between the two stars.

“OMG Molly was there. And they didn’t even advertise or promote it,” said one fan.

Riverdale: Cole Sprouse ensures that the entire cast is ready for the end