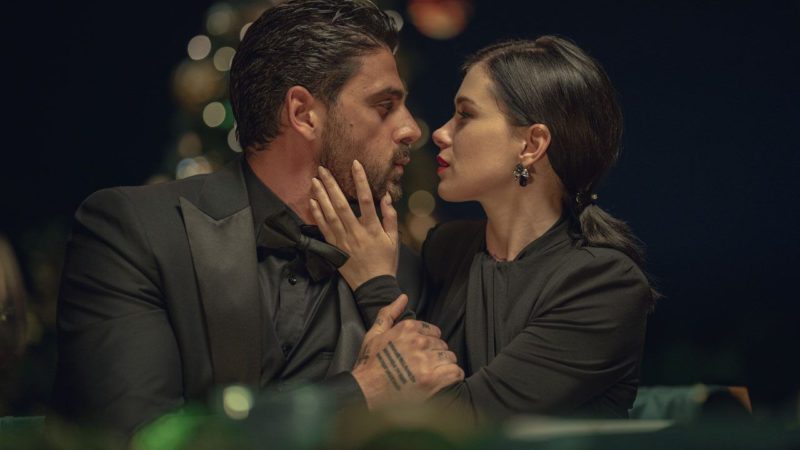 That Day is a direct continuation of the intense romance between Massimo (Michele Morrone) and Laura (Anna-Maria Sieklucka). The first film revolved around Laura Biel, an executive who is kidnapped by Massimo Torricelli, a mafia boss who becomes obsessed with the woman, but in exchange for her freedom, Massimo gives her 1 year to fall in love with him. At first, Laura is not interested in her kidnapper, but as time goes on, she begins to experience Stockholm Syndrome raw.

Laura and Massimo are back

At the time of its premiere, 365 days caused great controversy since in many ways it tried to glorify abuse and kidnapping. The truth is that the sequel does not represent a much greater advance in terms of history.

“Laura and Massimo are back, more passionate than ever. But the couple’s new life is complicated by Massimo’s family ties and a mysterious man determined to win Laura’s heart and trust, no matter what it takes,” he says. the official synopsis of the Netflix film.

In the new installment it is revealed that Laura has survived the accident at the end of the first film, and together with Massimo they prepare to become husband and wife. Although there is no great progress at the couple level, since they mostly continue to maintain a passionate and physical relationship. From then on, things do not improve substantially since Laura thinks that Massimo is cheating on her with another woman, and she takes the opportunity to take a bit of a personal vendetta and escapes with the dangerous and sexy Nacho, the gardener.

From there a series of questions are triggered. Nacho is good or bad? What happened to the other woman Anna? Laura died? The end of 365 Days: This Day was quite dramatic, but we’ll try to explain it below.

The final scene that surprised fans

At the end of the film, Nacho takes Laura to Spain. There, Massimo meets Don Fernando Matos, a boss of the Spanish mafia, rival of the protagonist. Don Fernando tells him that his family’s power over the Italian mafia is going too far and suggests that his twin brother take over as head of the family. This is when it is discovered that Massimo did not cheat on Laura, and that it is actually her brother Adriano (also played by Morrone) who is seen having sex with Anna.

It is also discovered that Nacho is not who he says he is, and in reality he is the son of Don Fernando Matos, who decides to bring his son closer to his enemy’s wife with the aim of getting Massimo to hand over power to his brother Adriano. However, things don’t go according to plan as Laura ends up in the hands of the wrong brother.

The ending that left everyone in shock

The film concludes with an intense showdown that leaves viewers in exactly the same place as the first installment: Laura’s life hangs in the balance and Massimo desperately tries to save her. Once again the story does not lead anywhere, but the fans are left with the intrigue about the fate of the protagonist. Despite everything, we can assume that Laura is alive and that both will be back for the third installment of 365 Days, since Netflix confirmed that there will indeed be one more on the way.

What does Sony expect?: Sam Raimi believes that ‘Spiderman 4’ with Tobey Maguire is “possible”