The Umbrella Academy: David Castañeda’s mistake that almost cost him an expulsion 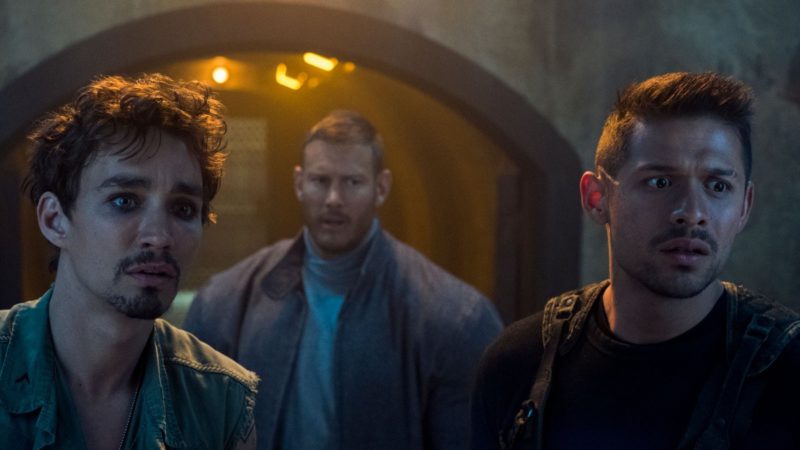 While viewers are waiting for The Umbrella Academy season 3 on the Netflix platform, fans have been talking about what happened to Diego’s actor, David Castañeda. After making a serious mistake that possibly would have cost him his artistic career and his participation in the program that he keeps everyone excited about.

For most of The Umbrella Academy’s first season, knife-throwing hero Diego kept his cards close to his chest and did so only when danger was on the horizon, rarely opening up to the rest of the group. However, in real life, the actor David Castañeda is totally different, as he has shown on his social networks.

Castañeda’s official Instagram account is filled with many photos of the cast members of the show, revealing that he often shares a lot with them behind and after filming each of the scenes of the Netflix series. However, his activity on social media also got him into big trouble as he made a terrible mistake.

In an interview with Netflix for The Umbrella Academy, the cast was asked who was the worst person at keeping secrets. At first it led to minimal hesitation on the part of some members of the group, but then they quickly pointed the finger at David Castañeda, who even admitted it was an area that needed work after a spoiler-related mistake he revealed on his social media. to the fans.

Castañeda’s mistake came after a long day at work, where the star came across the first The Umbrella Academy season 2 teaser poster that hadn’t been shown to the public yet. Unknowingly, the actor took a selfie photo next to the poster and posted it on his social media, which resulted in a terrible mistake and serious trouble for him.

“I’m in London, so I put my phone down, and then I realized I had like four voicemails, two messages, three emails, a few phone calls, and everyone was like, ‘Can you please take that down? ‘ and I was like, ‘Oops.'”

Read Also  Sex Education Season 4: Actress confirmed that she will not return with her character to the drama

Days after the revelation made by David Castañeda about the poster for season 2 of The Umbrlla Academy through social networks, the Netflix platform decided to immediately promote the poster, because it had already been leaked everywhere.

Although it sounds silly, all the actors or members of the production that participate in a film or series, establish a contract where they are prohibited from revealing any information about the projects, they can only do so with the authorization of those in charge of promoting some Program. If they do not remain silent, they could be sanctioned or expelled from it.