‘The Walking Dead’ comes to an end: Where and when to see the last episode of season 11B 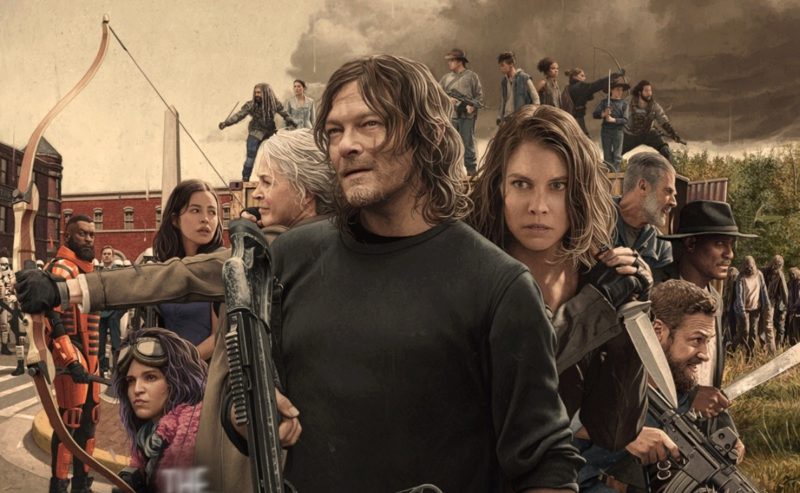 AMC’s on-screen zombie universe is about to take a break, as season 11B will finally come to an end this weekend and show the final episode of the second part of the last season of ‘The Walking Dead’ , to leave fans in suspense until it is presented again in a few months.

Season 11 of ‘The Walking Dead’ is the last to be presented, which will show the final outcome of the survivors of the apocalypse that for more than a decade have become one of the most famous television series on the screen and pro being so special, AMC decided to divide it into 3 parts, of which the second will come to an end next Sunday.

It might interest you: The Walking Dead: The villain Alpha (Samantha Morton) returns

The end of the second part of ‘The Walking Dead’ season 11 is scheduled for next Sunday, April 10, so there are only a few days left before the end of the story is shown, which will surely leave the audience wanting more, but they will have to wait until the premiere of the third and last part.

It might interest you: ‘The Walking Dead’ finishes recording the final chapter

To tune in to the end of the second part of season 11 of ‘The Walking Dead’ next Sunday, April 10, you can do it from the Star screen on television, although if you prefer, it will also be available on the Star+ streaming platform , so you have the opportunity to see the story without commercials and pause it as many times as you like.

‘The Walking Dead’ season 11 reaches the end of its second part, and to see it before spoilers are leaked to social networks, you will have to tune in to Star or Star+ next Sunday, April 10 at 9pm Central Mexico time, and don’t worry. you’re going to want to miss the story that will define the future of the survivors against the Commonwealth community.

‘The Walking Dead’ comes to an end but its universe continues

Although the third and final part of season 11 of ‘The Walking Dead’ does not yet have a release date, it is a fact that this 2022, the mother series of AMC comes to an end, however the universe of the zombie apocalypse continues, and in a few months, in the summer, the premiere of ‘Tales of The Walking Dead’, a new spin off, is scheduled.

Like ‘World Beyond’ and ‘Fear The Walking Dead’, AMC has already prepared several spin-off series, starting with the premiere of the anthology ‘Tales of The Walking Dead’, although ‘Isle of the Dead’ also premieres in 2023 ‘, starring Maggie and Negan, and a similar story is in the works with Carol and Daryl, so the universe will stay alive for a long time.

Who is more powerful: Doctor Strange or Scarlett Witch, Sam Raimi has the answer

Outlander: First photo of Sam Heughan and Caitriona Balfe on the set of Season 7