The Walking Dead: It is revealed what happened with the disappearance of this character 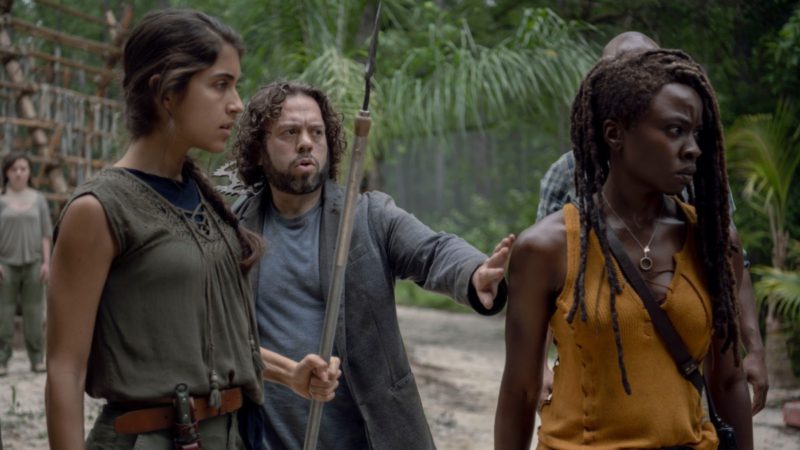 In season 9, episode 5 of The Walking Dead, entitled “What Comes Next”, we saw Rick Grimes (Andrew Lincoln) being taken in a helicopter to a completely unknown course. Since then, the AMC production decided to jump back in time six years.

Although without a doubt, the departure of the protagonist was a really strong blow for The Walking Dead fans, AMC introduced a new and small group of survivors of the apocalypse: Yumiko (Eleanor Mastuura), Magna (Nadia Hilker), Connie ( Lauren Ridloff) and Luke (Dan Fogler).

Of course, thanks to his personality, the character of Luke became a fan favorite, which is why he continued to appear in the following two seasons. However, the absence of Luke in season 11 has been felt enough, so many viewers have wondered why this disappearance is due.

The last time Luke appeared on the screens of The Walking Dead, it was in season 10 episode 16, titled “A Certain Doom”. Since then, his whereabouts have been the center of conversation among AMC fans. Let’s remember that the main characters have entered the walls of the Commonwealth, so it is inevitable to think how Luke could fit in this coming war.

Due to his absence on The Walking Dead, one of his followers directly asked the actor Dan Fogler Where is Luke?, in his visit to the Fandemic Tour Atlanta. For sure, not even the actor himself knows the answer to this much talked about question, he believes that Luke is teaching music on the beach in Oceanside.

Apparently to see Luke again on the stage of The Walking Dead, we will have to keep waiting a little longer, everything indicates that it will take place in season 11, part 3, but for obvious reasons, it has not been explained yet. How will his appearance take place?

With his fans, Dan Fogler didn’t go into detail about how we might expect to see Luke reappear. However, the actor confirmed where we last left Luke and speculated a bit about what he might be up to right now.

“Last time you saw Luke, he was chilling with Jules. I suspect he’s in Oceanside, hanging out on the beach, having a good time.”

Oscar effect: the movie that became a trend on Netflix again