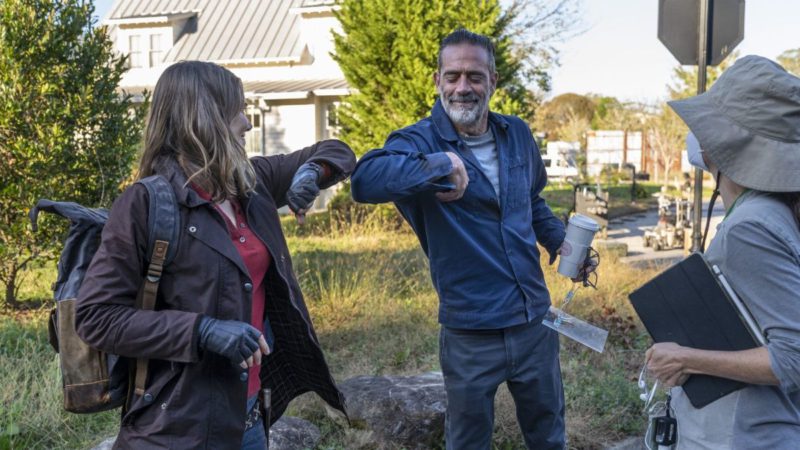 The Walking Dead concluded with the second part of season 11 on April 10 through the AMC broadcast network, but the successful zombie series has yet to launch the last wave of eight episodes which will reach the screens of the fans. in the fall of this year, as the television network has scheduled. With this installment, the drama that premiered in 2010 will be closing its story, but the franchise continues with other projects.

The zombie drama may be coming to an end after 11 seasons on the air, but the huge franchise directed by Scott Gimple is still working on different spin-off projects of The Walking Dead, with the purpose of narrating various stories about some new and established characters in the original series. One of these will be focused on Maggie (Lauren Cohan) and Negan (Jeffrey Dean Morgan) and will be called Isle of the Dead.

The cast of the spin-off of The Walking Dead begins to take shape. Deadline reported Thursday that a new character is joining Maggie and Negan in AMC’s new series Isle of the Dead, which will premiere in 2023 also on AMC+. Actor Gaius Charles joins the cast to star with Cohan and Morgan in the role of Izaak.

According to the medium, in isle of the Dead Izaak is described as self-confident, ruthless and uncompromising in the pursuit of what he believes to be justice, with the force of his will and his menace, says the detail of the character. Izaak enjoys his work and intersperses the humor with the terror he incites. He is a family man, dedicated to building a safe world for his wife and daughters. His journey reveals a loss that haunts him. He has patience and resilience, and walks rather than runs from his mistakes.

In the upcoming The Walking Dead spin-off series that was announced in March, the character of Charles could be an antagonist for Maggie and Negan. Isle of the Dead will feature a 6-episode first season, with a story arc that will take the characters of Lauren Cohan and Jeffrey Dean Morgan to a post-apocalyptic Manhattan long isolated from the mainland. Now it is a city in ruins, full of dead and inhabitants who have made it their own world full of anarchy, danger, beauty and terror.

Read Also  Are You The One Season 3 Release Date Everything You Need To Know!

The franchise continues to develop other projects derived from The Walking Dead. One of them is the 6-episode anthology Tales of the Walking Dead that will be released in the summer of this year. While the spin-off that was initially going to focus on Daryl (Norman Reedus) and Carol will no longer star Melissa McBride, it was reported on Wednesday. The actress was left out of the program, due to the change of location of the filming.