The Walking Dead: The characters that could join Daryl’s spin-off in Europe 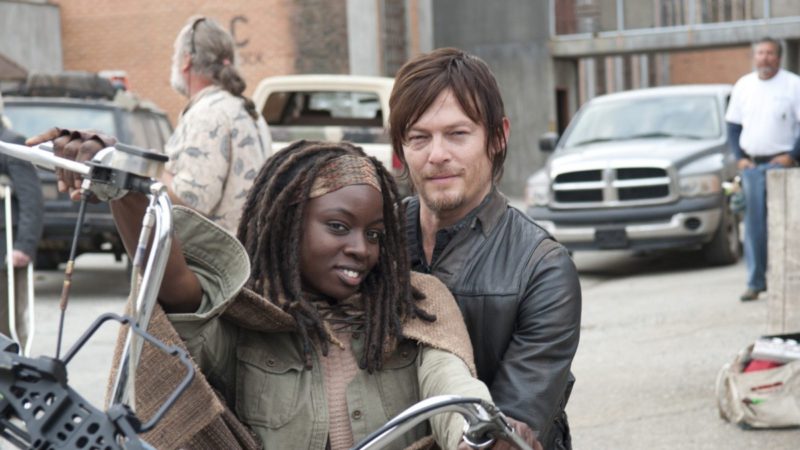 For some time and with the end of The Walking Dead getting closer, there has been talk of a spin-off for Norman Reedus’ Daryl and Melissa McBride’s Carol, where they would have a shocking story on a trip to Europe. However, the television network AMC announced that McBride would not participate in this new program, so now the rumors of cancellation of her and another character who would replace her are increasing more and more.

Lydia could be in the spin-off of Daryl

The 11th season of The Walking Dead has been putting Lydia (played by Cassady McClincy) and Daryl’s story on the backburner a bit due to plot issues with the Commonwealth. But, at first they both looked like father and daughter, which many fans liked. Although it is not known Daryl would be able to take her with him across the ocean to Europa, she is still a great option for the spin-off.

Read Also  This Is Us: Kevin's romantic ending was predicted in the first season according to fans

Another of the options that viewers maintain for the spin-off that Daryl’s actor will star in would be Aaron (Ross Marquand). Both of them had a good friendship in the past due to their experience exploring the woods to find other survivors. Although it is not yet known if Aaron will survive the end of The Walking Dead, he is still a strong candidate for the new show.

Although Michonne’s actress (Danai Gurira) has yet to return for the final season of The Walking Dead, she is still one of the biggest contenders. Because rumors suggest that the end of the program could suggest the location of Rick Grimes (Andrew Lincoln) in Europe, so she would appear to accompany Daryl in the search for him in Europe. Without a doubt, it would be an interesting story that would increase the sales of the programs.

As unlikely as it may seem, it’s still one of the things that keeps fans excited, Rick (Andrew Lincoln) and Daryl reuniting in Europe. One of the reasons Melissa McBride turned down her place in the spin-off is because it would not be filmed in the United States. However, Lincoln is living in England with his family and that could facilitate the filming of the program and the reasons why they chose to make the story in Europe.

Read Also  Inside Job Season 2 Release Date, Trailer, Plot and Everything you need to know

However, although these are just a few theories of the characters that could be in the Daryl spin-off, the reality is that they are good candidates to continue expanding the universe of The Walking Dead. It only remains to wait for the decision of the AMC television network on the cast member who will replace Melissa McBride.