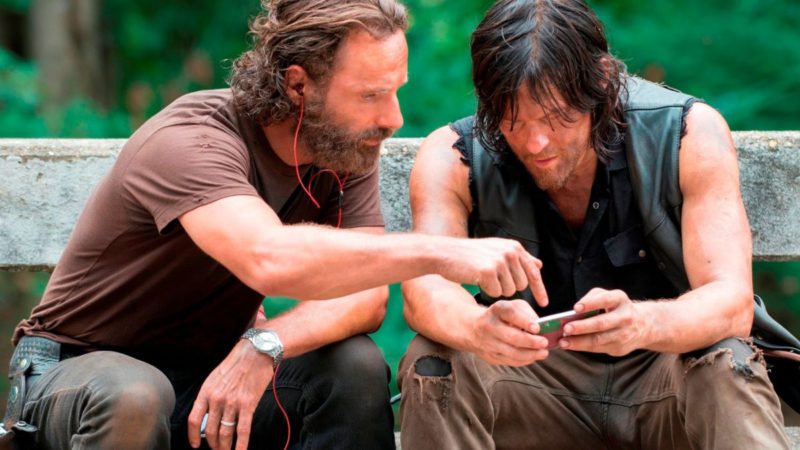 The Walking Dead will culminate this Sunday, April 10 with the story of season 11B through the AMC broadcast network. The second part of this intense final installment of the hit zombie drama, is wrapping up its story just as the crew and cast did last week when they finished filming scenes for the show that debuted in 2010, and later became a pop culture icon featuring a group of survivors who in the midst of their struggle became great friends.

Over the years and in the midst of so many threats, fans of the Walking Dead have seen this group of friends protecting each other, trying to avoid being devoured by hungry hordes of zombies, and above all, being killed by the zombies. Tyrant leaders who keep hunting for resources to stay alive. And while survival in Alexandria and none of the settlements is guaranteed, at least Rick Grimes and Daryl Dixon braved dangers big and small.

While building a team on The Walking Dead was vital to surviving the zombie apocalypse, behind the scenes of the AMC drama the cast members also became great friends in real life. In the series, one of the best-known duos is made up of Rick Grimes and Daryl Dixon, which led the two men behind the characters, Andrew Lincoln and Norman Reedus, to maintain a strong friendship on and off the set of the series. .

As it turns out, this behind-the-scenes sibling dynamic led to the start of a prank war between them, one that raged long after Lincoln departed the series as Rick Grimes during The Walking Dead season 9. Given his closeness, Norman Reedus once felt comfortable enough to make a request of Andrew Lincoln that can only be described as bizarre.

As many will remember, when The Walking Dead began, fans were introduced to a short-haired, clean-shaven Rick Grimes. But when he awoke from his coma and joined the fight for survival, he grew both his hair and beard, an image that was etched in viewers’ memories as the iconic character’s signature physical appearance.

However, this look of Rick Grimes on The Walking Dead didn’t last forever, as when he arrived with his group in Alexandria, he got a chance to shave. Naturally, this allowed Andrew Lincoln to finally do the same thing in real life; and for some reason, Norman Reedus took advantage of the moment to order Lincoln’s beard clippings and take them home as a souvenir. The badass actor Daryl Dixon revealed in an interview on The Late Show with Stephen Colbert in October 2019 that he keeps them in a bag in the fridge.

And not satisfied with becoming the owner of Rick Grimes’ beard, Norman Reedus added in the same interview that he also keeps the ponytail of the late actor Scott Wilson, who played Hershel, in the back of the refrigerator and away from his food. Greene, the father of Maggie (Lauren Cohan) on The Walking Dead.

Chicago Med: What we suspected about Rachel DiPillo’s reasons for leaving the series