The Walking Dead: What we always suspected of Andrew Lincoln on the set of the series 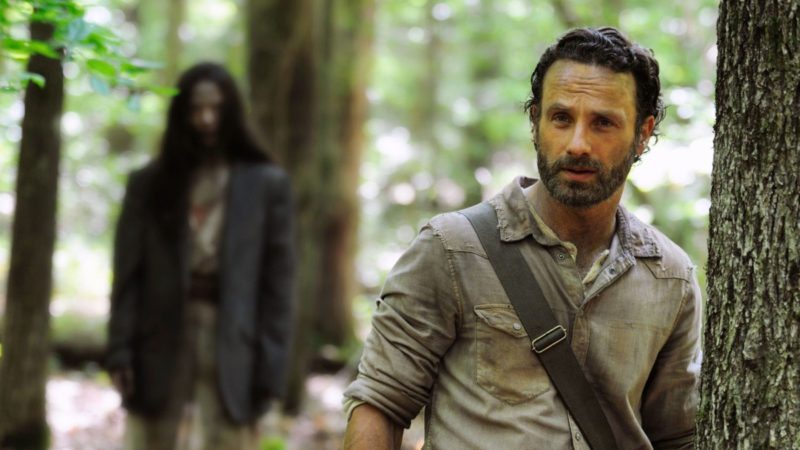 An actor’s job is to convince the audience that whatever they pretend to do on screen is really happening, no matter how outlandish or fantastical the story may seem. Whether they’re fighting zombies or trying to outrun some villain who gets in the way. The successful series The Walking Dead has a lot of all this.

It could be a moment of overexertion during a fight scene, a stunt gone wrong, or an attempt to make something look convincing that just goes too far; sometimes actors get hurt, and sometimes those injuries come at the hands of their own co-stars. Actors, of course, have been accidentally hurting themselves since the beginning of their profession.

The Walking Dead, AMC’s zombie smash hit, is an intense show, filled with shocking death scenes and undead battles and, of course, fights between its often-facing human characters. As the main protagonist of the series, Andrew Lincoln (Rick Grimes) is often at the forefront of these confrontations and takes his job very seriously.

According to co-star Norman Reedus (Daryl Dixon), Andrew Lincoln often drinks a lot of caffeine before the show’s most intense scenes in an attempt to keep his energy high. This, coupled with Lincoln’s tendency toward clumsiness, can sometimes lead to his co-stars getting unceremoniously punched in the face.

“We did a scene where we were fighting Rick,” Reedus told Jimmy Fallon. “And then he’s supposed to run and just knock me off camera. But the intensity of it leads him to jump up and hit me in the face with two fists. I ended up bleeding from the nose.”

Norman Reedus noted that Andrew Lincoln has developed quite a reputation for his accidental punches, to the point that Jeffrey Dean Morgan, who plays Negan on the show, called Norman Reedus one night to express his fear about filming a fight scene with Andrew Lincoln the next day. The zombie apocalypse is a tough place, even when it’s faked. In any case, both actors defended the action of the actor, which shows how committed he can be for the role.

“Everyone understands their role. Andrew takes every single scene that way and working with him was great.”

Outlander Season 6: Why is Claire’s power becoming an issue?