The Walking Dead: What we suspected about the last scene that Daryl Dixon will have 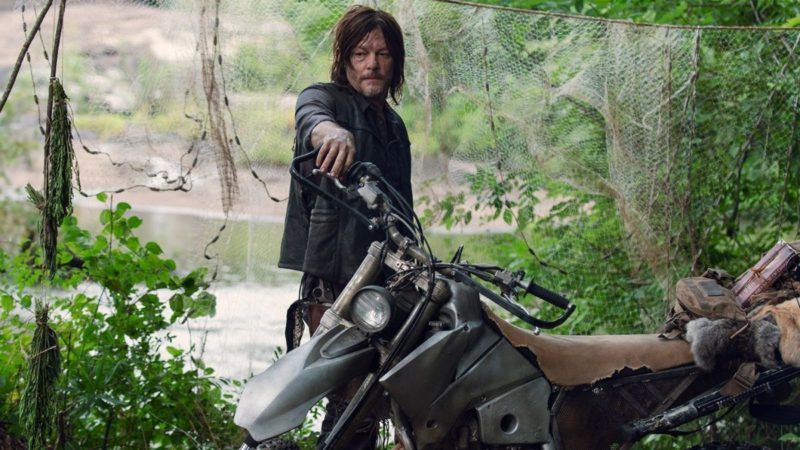 The popular series The Walking Dead is getting closer to its end with season 11, which is why fans are eager to know how the drama will end after so many years. However, a recent behind-the-scenes video shows what Daryl Dixon’s (played by Norman Reedus) last moment will look like with his trademark motorcycle for the show’s finale.

Based on Robert Kirkman’s comic book series of the same name, The Walking Dead follows a group of survivors trying to live in a post-apocalyptic world filled with zombies and others willing to do whatever it takes to survive. Now, after so much time, the drama has managed to get more than seasons and a couple of spin-offs that continue the story with different characters.

The main characters of The Walking Dead were played by Andrew Lincoln, Danai Gurira and Jeffery Dean Morgan as Rick Grimes, Michonne and Negan. However, another of the favorite actors who won everyone’s hearts was Norman Reedus, with a character that was not in the comics version, Daryl Dixon. The star has appeared since the first season and has managed to stay until the end of the show and fans are eager to know what his last moment will be like.

However, current The Walking Dead cinematographer Duane Manwiller has revealed video of the last scene of Daryl Dixon riding his signature motorcycle. In the post, Manwiller states that the filming of the drama has finished and that the small clip he shared belongs to one of the final moments that was filmed for the show and that it would be a long journey.

“Daryl Dixon’s last ride. I’m going to miss you Norman. Thanks for the wild ride,” Manwiller wrote in his post.

For some time now, fans have been wondering about the end of many characters, especially Daryl Dixon and Carol (Melissa McBride). But, according to the information that has been revealed for some time, the actors who play them are working on a spin-off to continue their stories after the events that occur in the 11th season and movie of the show. Which means that it could be released by 2023.

Meanwhile, Maggie (Lauren Cohan) and Negan (Jeffery Dean Morgan) will have a limited series called Isle of the Dead where they explore a post-apocalyptic Manhattan, which means that they both managed to survive the last season of The Walking Dead.

Two and a Half Men: What we suspected about the show’s controversial theme