The Wheel of Time Season 2: Zoë Robins tells how therapeutic her character was 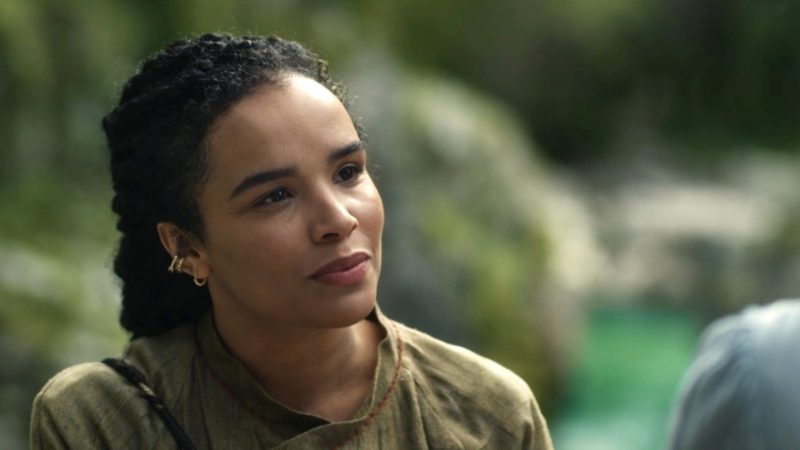 In The Wheel of Time, the 29-year-old New Zealand actress, Zoë Robins, starred with her role as Nynaeve al’Meara, who has given her great life lessons during what was the first season and who will surely repeat it in the remaining ones to arrive She has been able to deal with the similarities of this role so intense that she is characterized as having a strong personality who is often angry and moody.

However, in a recent interview, Robins shared what she has been able to learn from her character Nynaeve al’Meara and the similarities she has gained in personality and role. At first, she showed some reluctance to embody it, but then she found the charm of her story in this Amazon Prime series.

Honestly, I was afraid of her. She scared me. And I think that’s what’s exciting for an actor, to be completely out of her comfort zone.

Likewise, Robins explained that Nynaeve turned out to be a self-confident character and confident in her ideas, which aroused in her a great admiration for the role she had to play in The Wheel of Time. In addition, she explained that when she auditioned for the casting, she was not very clear about how to get to the essence of the character and then she reflected and found that they are similar in many aspects, more than she thought.

This revelation was a therapeutic experience for Zoë Robins since she was able to get in touch with anger, know its limits, how to handle it and get it out, as well as the acting expressions of that intense emotion. She has been in the Amazon series since her first season and apparently, everything indicates that she will continue to be for the others that are to come; which, according to what the producers have reported, could supposedly be eight. Which gives her great satisfaction since she will be able to explore much more of herself through the character.

Another aspect that has served as therapy for Robins playing Nynaeve in The Wheel of Time with respect to the children’s characters in the series, is that protection is very much in mind as a fundamental value. So she has found an enormous similarity in her life, since Robins is her mother, and for her, highlighting this aspect of the character is something that comes easily to her.

“It’s been a really easy way for me to represent the way Nynaeve works and how she feels about the other Two Rivers kids.”

Amazon still does not have the exact date for the release of the second season of The Wheel of Time and its plot is still uncertain, but it is announced for the end of 2022. Since the filming would end at the beginning of this year and then the assembly and post-production of a series like this, which demands fine details and special effects, so it could close the year with this long-awaited premiere by the audience.