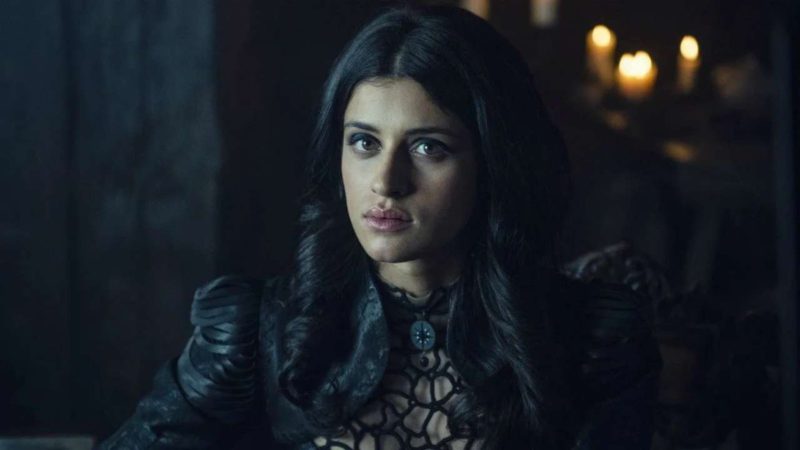 The Witcher premiered on Netflix in December 2019 based on Andrzej Sapkowski’s spin-off books and video games, achieving incredible worldwide success on the streaming platform. Some of the cast members of the show like Henry Cavill, Anya Chalotra, have given their all to play their characters Geralt of Rivia and Yennefer of Vengerberg. However, that has led to some injuries on the film set.

Anya Chalotra’s character, Yennefer de Vengerberg, starts out in a very different place from where she ends up in the season finale. Early in Season 1, it is revealed that she faced cruelty and ridicule in her youth due to the fact that she is part elf and has a visible congenital disability, which she then asks the charming Giltine (Julian Rhind-Tutt) to change. with magic.

Despite the flashbacks and flashforwards of the first season of The Witcher, Anya Chalotra plays Yennefer at all stages of her life, from young adulthood to her many years of studying magic and beyond. But portraying some aspects of the character’s life before he discovered magic presented the star with a challenge.

Read Also  The Big Bang Theory: The real-life physicist who was part of the CBS sitcom

Long before her magical metamorphosis, Yennefer’s physical problems meant that certain scenes required the actress to wear cumbersome prosthetics around her back and mouth, in order to give the character a more realistic look in The Witcher’s first season. However, using this kind of thing led to Anya Chalotra sustaining a minor injury.

“The mask was difficult because I got ulcers and I had to talk with very hard material,” Chalotra explained in an interview with Decider.

“But aside from the pains of using it, it really helped. It changed my physique. I looked down more and became more insecure as a result. That only helped Yennefer’s place in her life anyway.”

According to Anya Chalotra, the prosthesis she was wearing in her mouth caused ulcers and discomfort to speak when she had to do a scene of her character. But in the end, the star overcame the awkwardness to complete them and secure filming goals for the first installment of The Witcher.

Interestingly, Anya Chalotra’s injury was not as severe as the one Henry Cavill suffered while filming The Witcher season 2, after sustaining a serious injury to his leg, which led to the show’s recordings being halted for at least 3 months.