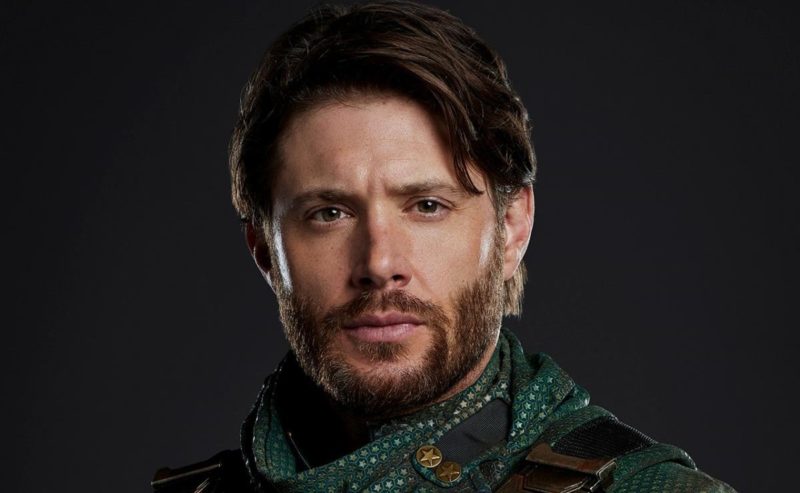 There are still a few months to go until the premiere of the third season of ‘The Boys’ on the Amazon Prime Video platform, however, fans can’t wait to learn more about it. Now, Jensen Ackles remembers his impressive transformation to bring Soldier Boy to life.

The series created by Eric Kripke is well known for being a parody or satire of the superhero genre, and on more than one occasion they have made fun of what Marvel or DC Comics does. Soldier Boy will be the new character to appear in the third season of ‘The Boys’, which will be played by ‘Supernatural’ actor Jensen Ackles.

It might interest you: What are the differences of The Boys between the series and the comic?

We already got our first glimpse of Soldier Boy, a parody of Captain America, in the first reveal trailer for ‘The Boys 3’. Now Jensen Ackles shows on his Instagram account the change he went through to bring this superhero to life, with two images from last year, during his intense training.

It might interest you: The Boys teases the trailer for Thor: Love and Thunder

In the photos, Jensen Ackles shows his physical transformation, in which he wore an abundant beard, and reminded fans that the third season of ‘The Boys’ is close to reaching the Amazon Prime Video platform next June. .

Who is Soldier Boy in ‘The Boys’ universe?

In ‘The Boys’ comics created by Garth Ennis and Darik Robertson, Soldier Boy is a character who is part of Payback, referred to as the “second most popular superteam” in this universe. There, this character is kind of the wildest Captain America in every way.

At the moment there are not many details about the third season of ‘The Boys’, however, from the previews it is known that it will continue with the events of the end of the second season, where after the death of Stormfront, Victoria Neuman is revealed as the true villain for this new installment.

Read Also  'The Batman': Matt Reeves praises the "clumsiness" of Robert Pattinson in his performance

We will again see Aya Cash, Claudia Doumit, Antony Starr, Chace Crawford, Karl Urban, and Jack Quaid, along with other new cast members, in the third season of ‘The Boys’, which will premiere on June 3 with its three episodes on Amazon Prime Video, and then a new one will be released every Friday until July 8.