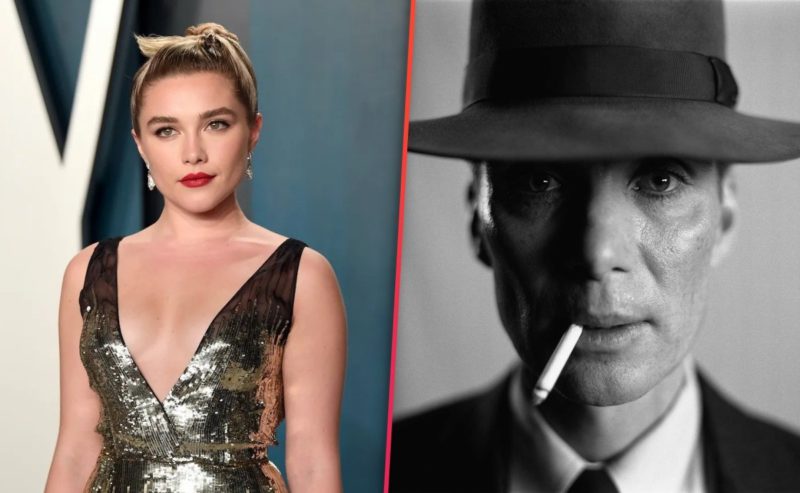 Following his firing from Warner Bros, Christopher Nolan looked to Universal to start his new film, titled ‘Oppenheimer’. The tape has already begun its recordings, and some images have been leaked from the set that show Florence Pugh next to her protagonist Cillian Murphy

A few weeks ago the first images of ‘Oppenheimer’ were leaked on its first day of recording, where you could see Robert Downey Jr., and the protagonist of ‘Peaky Blinders’ sharing a scene. Now, from the film set of Nolan’s new movie, new images arrive.

It might interest you: Photos of Robert Downey Jr. in the new Christopher Nolan

In them you can see Florence Pugh, famous for her performances in ‘Little Women’, ‘Midsommar’ or ‘Black Widow’, in one of the scenes where she will share the screen with Cillian Murphy, who will play the scientist J. Robert Oppenheimer, the main mastermind behind the creation of the atomic bomb.

However, although filming has been going on for a while, and filming is expected to end in the following months, Christopher Nolan’s film will still take some time to reach the big screen, since the release date is set for the next 21 July 2023, more than a year of waiting.

The budget that Universal has allocated for ‘Oppenheimer’ is the same as that which Christopher Nolan has worked on his previous films, however, having a cast full of big stars, part of that money has gone to pay salaries. Although it is expected to be one of the most ambitious projects of his career.