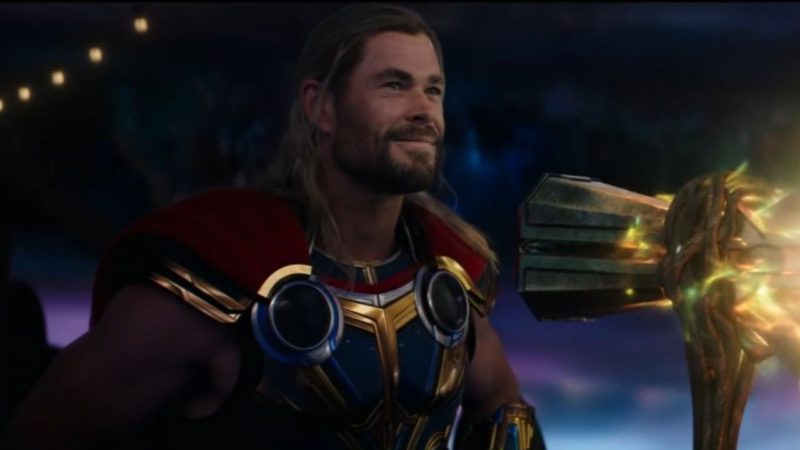 What better way to start the week with a preview and especially one of the most anticipated releases of the year, Thor: Love and Thunder. In just over a minute, the teaser is responsible for showing a good number of images that simply make it clear that the film will be epic.

The last time we saw Thor (Chris Hemsworth) was after Avengers: Endgame, when the Asgardian decided to go in search of new directions for his destiny, only now he is in the company of the Guardians of the Galaxy.

Of Love and Thunder little is known about its plot, what is certain is the return of Jane Foster (Natalie Portman) but not as Thor’s love interest, but as the powerful Mighty Thor. Apparently the astrophysicist gets a reforged Mjölnir and being worthy she receives all the powers. Meanwhile, the villain of the story will be Gorr, the God Butcher played by Christian Bale. An implacable being who has a mission: to destroy all the deities of the Universe.

With the arrival of the first official trailer comes a small synopsis, but which confirms what was known about the film. “In Love and Thunder, Thor retires, but it is Gorr’s mission to kill gods that returns the God of Thunder to his superhero form,” reads the official synopsis.

With the first teaser we can see that Thor is still searching for a new purpose for his life, this leads him to train to be in shape and leave behind the so-called Fat Thor. It is also shown that the Guardians and the Asgardian have had several adventures together but their paths diverge as the Asgardian walks away to continue his mission. From there, Thor sets out on a journey of discovery that will lead him to meet new people, but also encounter a new problem, Gorr’s breakthrough, The God Butcher. The highlight of the teaser comes at the end, when it is revealed that Jane Foster is joining the battle as Mighty Thor.

Within the details that the advance has, you can see Zeus played by Russell Crowe, showing that the Norse gods are not the only ones who live in the MCU, Valkyrie (Tessa Thompson) leading New Asgard, but with longing of their times of adventures and struggles. Also not lost on the action is the return of Korg, the beloved Kronan warrior played by the film’s director Taika Waititi.

Thor: Love and Thunder will be released in theaters on July 8, surely after the premiere of Doctor Strange in the Multiverse of Madness we will see new material from the film.

Russian Doll Season 2: Release date on Netflix and everything you need to know

It was always there: Matt Reeves confirms a disturbing detail of the villain in ‘The Batman’