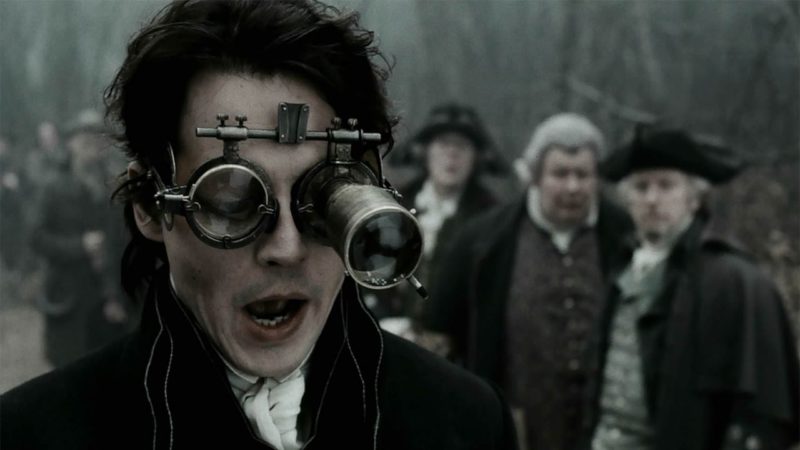 Johnny Depp, 58, got his start in the 1984 horror film A Nightmare on Elm Street as Glen Lantz, one of Freddy Krueger’s victims. From then on he began his successful career in Hollywood, which earned him a Golden Globe, and became one of Tim Burton’s favorite actors.

His role as Tom Hanson in the television series Jump Street made him a teen idol and to date his highest grossing films are the Pirates of the Caribbean saga with more than 3.9 billion dollars grossed. Johny Depp earned his place in the international industry and although he is currently on trial for domestic violence against Amber Heard, he was for many years one of the most profitable actors in Hollywood.

The film tells the story of an artificially created man named Edward (Johnny Depp), who has scissors instead of hands One day he is adopted by a middle-class family living in an idyllic residential neighborhood and ends up in love with their daughter, Kim ( Winona Ryder).

The initial concept of the character was born from a drawing created by Tim Burton when he was a teenager, in which he expressed his feelings and frustrations of not being able to communicate with people in his own neighborhood in Burbank. “I’ve always had a feeling that people need to be away from me. And I’ve never known why,” said the director.

Before Johnny Depp auditioned for the lead role, other possibilities were considered including Tom Cruise, Tom Hanks, Robert Downey Jr., William Hurt and Jim Carrey. Finally, Burton got to Depp and when he saw him he realized that he was perfect for the role.

The Legend of the Headless Horseman (1999)

It is based on Washington Irving’s 1820 horror story “The Legend of Sleepy Hollow.” The film received rave reviews and received the 2000 Academy Award for Best Art Direction, and was also nominated in two other categories: Best costumes and best cinematography.

The story is set in 1799 when detective Ichabod Crane (Johnny Depp) is sent to Sleepy Hollow to investigate a triple murder. The victims were brutally decapitated and upon arriving there, the villagers tell him the legend of a headless horseman who had been a Hessian mercenary in life.

This film features the performances of Mia Wasikowska in the role of Alice, Johnny Depp in the role of the Mad Hatter, Helena Bonham Carter, Anne Hathaway and Crispin Glover. The story is an inspiration from the classic 1951 Disney animated film Alice in Wonderland.

All versions of this film take place entirely from Alice’s point of view, however, Tim Burton first decided to create scenes where Alice does not appear. Therefore, the existence of the characters is not linked to the presence of Alicia.

Which of these three movies did you like the most?