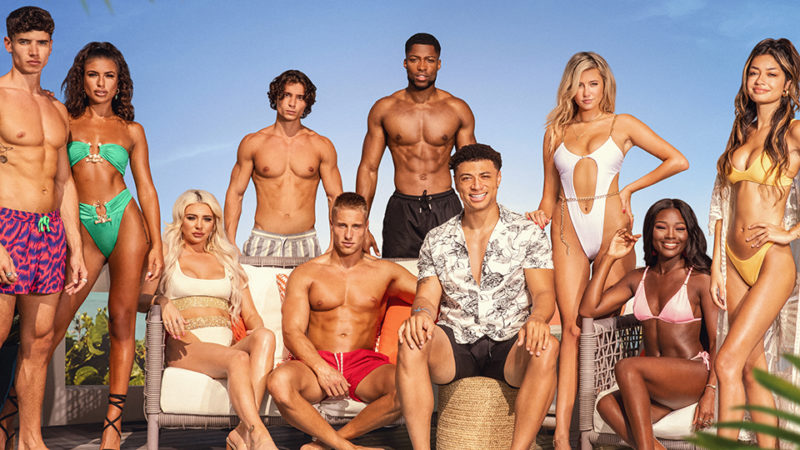 As we all know the new season of Too Hot to Handle is coming soon, as a fan might be wondering what is going on with the previous contestants. Season 1 of the show became a favorite binge during the 2020 pandemic and became a popular couple reality show onscreen. Season 2 of the show featured another batch of some great bachelors and hot people. Each and every cast of season 2 made the show well worth the watch.

Season 2 of Too Hot To handle ended with 10 episodes and prize money of $55,000 to Marvin. Other remaining contestants went back home with nothing except for the popularity in media and social media channels like Instagram. So because of the season 2 popularity, fans have been wondering what are their favorite cast members are up to nowadays. We have collected information for the same and have listed it all here. Read on further to know what are your favorite Too Hot To Handle season 2 cast members are up to:

Cam and Emily were the favorite couple on the show and are going still strong. They have moved in together in London and constantly post each other on their social media handles. Talking of Cam, he is doing some brand endorsements with BoohoMAN and also sponsorships with Spotify and Fashion Nova. In fact, Cam is currently the richest person out of all the members from Too Hot To handle season 2. He has a total net worth of £750k. On the other hand, Emily has kept herself quite busy since the show. She is working with different brands like Simmi Shoes, Boohoo, Oh Polly, and other popular clothing brands.

Melina announced her separation from Marvin after the show. It was a big shock for all the fans because when they saw Melina and Peter together. Although the two of them have not posted in a while they keep posting and commenting on each other pictures. This implies yes they are still together. On the professional front, Peter is working both in New York and LA as a personal trainer and model. And Melina is spending most of her time traveling doing some brand endorsements and modeling projects.

The very pretty Christina surprised everyone when she announced that Christina and Robert are still together. The couple was booted out of the villa as they broke certain rules. The couple first was in a long distance relationship and kept it going perfectly. However, the duo also announced in September 2021 and they are now no longer together. In a statement, Robert said that their relationship had become very challenging and uncomfortable. The distance was one of the harshest problems in their relationship. Rober is in London and Christine is busy traveling places as she is a pilot. On the professional front, Rober has launched his own Podcast named Lipstick Stained Passport where he discusses relationships, sex, mental health, etc. He is also doing some brand endorsements and modeling work with Novamen.

Elle is a bombshell star ever since she entered season two of Too Hot To Handle. After the show, the influencer Elle has traveled a lot. She is into modeling and influencer projects at the moment. We also got to know that she has modeled for SS22 new swim collection with Manish Vaid and has worked with numerous reputed brands.

Remember Kayla? She was the first member from Too Hot To Handle season two who left the villa. After the show’s first elimination of the show, she is keeping a very low profile. We don’t know much about her whereabouts but she is currently into modeling and working as an influencer with different brands.

Joey was one of the most admired bachelors on season 2 of Too Hot To Handle show. He broke up with Carly immediately after the show. However, he has not deleted any of their pictures together like she did. At present he enjoys a massive following of 400k Instagram followers. Joey’s Instagram account boasts his travel journeys and his split between LA and Miami. In addition to that Joey has launched his own YouTube channel and hangs with different influencers and Youtubers.

Tabitha is already a famous celebrity influencer after the show. she was seeing Chase after the show but they called it quits just after a few times. She is completely into modeling and influencing ever since then. Tabitha has also launched her own brand named Tabitha where she shares both fitness and nutrition tips. Her main aim behind starting the brand was to make girls fall in love with themselves.

Larrisa Trownson was everyone’s favorite lawyer with the motto that you can be intellectual and can wear a bikini too. The star of Too Hot To Handle season 2 still stands with that motto and her Instagram also says the same. She posts a lot, especially her bikini pictures, and also has her own website. That particular website is perfect for her subscribers which is quite similar to what celebrities do on OnlyFans.

Nathan was also one of the popular contestants on the show. He looked like an all-rounder guy who behaves nicely to everyone. He might not have found any romantic connection but he surely found some great friends there. Nathan still catches up with his fellow contestants and posts vacation pictures with them. He is into gym and modeling work as per Instagram as he posts a lot of his workout and bodybuilding pictures.

Chase DeMoor was another contestant on the show who did not find any love but he has surely gained a lot of popularity. He has now become a full-fledged influencer celebrity with a massive following on different social media channels. Chase also spends loads of time with cast members of other seasons of Too Hot to Handle. He is also listed on the CWU site as a popular internet celebrity. He has recently signed Arizona Rattlers of the Indoor Football League. Chase also enjoys a huge following on his TikTok account.

The popular Parisian model Marvin left Too Hot To Handle season with Melinda. they together bagged the total prize money with $55,000 prize money. But unfortunately, the pair have split up and Melinda claimed he had ghosted her after the show. Marvin is currently the ambassador for a charity called BLEU. It improves access to drinking water to everyone. At present Marvin travels a lot and is recently checking into London, Milan, Dubai, and Paris.

All three seasons of Too Hot To Handle is available to stream on Netflix now. You can binge-watch all the seasons right now on Netflix. This was all that we know about what cast members are doing and what they are up to. For more articles like this stay tuned to our website.

Chilling Adventures of Sabrina Season 5: Will it Happen?