Top 10 Business Movies of All Time 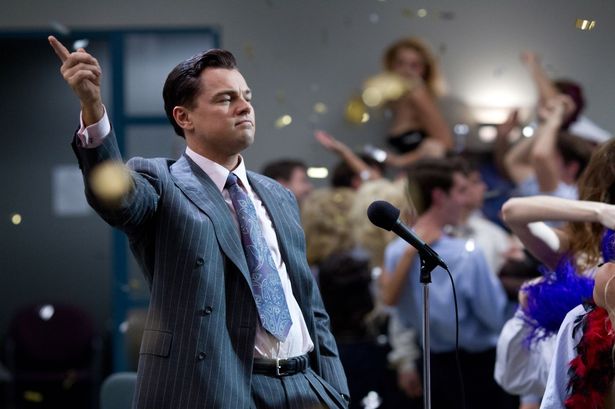 Films and cinema have become a staple in the entertainment industry. Throughout the years fans and movie critics swarm to the theatre to watch their favourite stars in the latest blockbusters.

The releases cover a range of genres and topics to capture the audience. Among the top-rated genres are the ones with a business orientation – it creates likeliness for the audience as they can often see themselves in similar (however far-reaching) situations.

The Wolf of Wall Street made history and will always be great to watch to better understand how easily our economy can collapse. It shows us how fragile our institutions can be when it comes to corruption. It doesn’t only teach you about how the world of money works, but it’s also super entertaining to watch the drama that Leonardo DiCaprio has to go through. He plays an excellent role as a corrupt Stockbroker and firm owner, you can follow all of his escapades living as a rich young man with a wife while being hunted down by an FBI agent.

In this sequel to the Wall Street film of 1986 following Gordon Gekko’s release from prison. In the movie Money Never Sleeps, Gekko is desperate to reconnect with his estranged daughter. However, she wants nothing to do with him. Her fiance, on the other hand, treats their relationship like a casino as he plays dice and risks their relationship. He reaches out to Gekko and by doing so he risks his connection with his fiancée as he is swept into the antics of the business world that Gekko thrives in.

This film was one of the top-rated of 1995. It follows Sam “Ace” Rothstein as he enters the Vegas strip and is employed to run and oversee the operation of a casino and hotel, the Tangiers Casino. Being an expert in the gambling industry, Ace is the ideal candidate for the job. We follow him during his personal and business life as he navigates this new casino chapter of his life.

The Godfather is a movie about the head of the mafia, starring Marlon Brando, in New York. Some family problems occurred when his youngest son turned down being a part of the family business. Then the conflict takes a turn for the worst when Vito’s rival asks for a favor and Vito denies it -this will mean that he’d have to start a mob war against all other mafia families and in turn, the war might tear apart his own family. After you’re done with this movie you can also watch The Godfather part two made in 1974.

This is a heartwarming film about a man who plays Will Smith and his pursuit to get out of the poverty line. His wife seemed very discouraged by him after he didn’t receive enough money to pay the rent. She decided to pack her bags and leave. He had a tremendous love for his son and wanted to build a better future for him. It shows struggles of where they were homeless and how they had to manage. With a lot of hard work and someone that believed in him he eventually got an opportunity, he would grab with both arms open wide.

Jesse Eisenberg plays the Facebook founder, Mark Zuckerberg in The Social Network. The movie delves deeper into the life of money, sex and not to mention all the genius and betrayal. This is a much watch for people keen on learning more about how the social network, a concept widely accepted, came into play.

This is about the 24-hour frame after the market collapsed in 2008 and the influencers who had to make difficult decisions that would have a ripple effect on the whole economy. It’s thrilling to see them at work, knee-deep in debates and conflicts trying to find the best possible outcome for the country.

The Big Short, also about the financial crisis in 2018, but it has a nice twist – comedy. Very famous American actors such as Christian Bale, Steve Carrell, and Brad Pitt. We follow how Michael Burry predicted the collapse years in advance, with many clients losing faith in him. This movie, although hilarious, explains a lot about how certain financial instruments work and is very insightful.

This is a story of the poor becoming rich starring Daniel Day-Lewis and Paul Dano. A silver miner and later oilman tries to establish his wealth on South California’s resourceful oil in the 19th century. It feels like you’re right there in the movie as the acting has received significant praise from the media as well as awards.

How to Win Big by Playing Online Poker