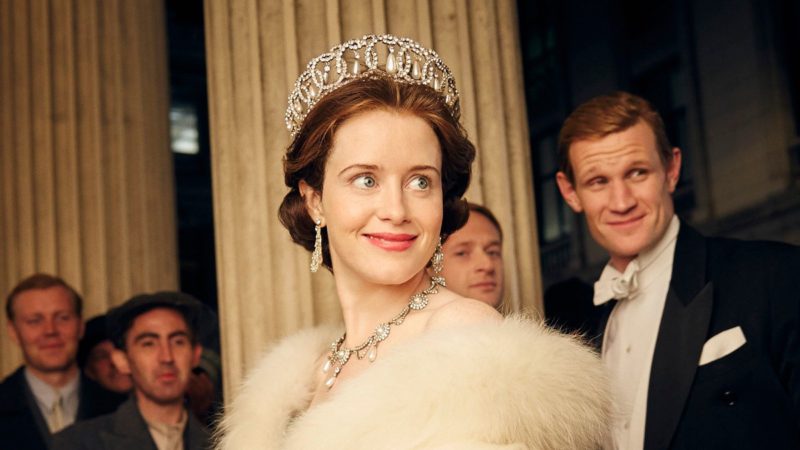 When 2022 began, it was not such a good start for Netflix. Numerous reports were indicating that the streamer has lost its subscribers for the first time in a decade. But, the OTT platform paced up and proved everyone wrong. Netflix recovered with some excellent TV shows and movies that brought the viewers back together in their droves. It made a point to release something exciting covering all the genres, thus putting the audience back in their happy space – Netflixing and Chilling.

The launch of many enthralling and star-studded TV series for the OTT platform has been a massive success, and there seems to be no end. These shows have not only gathered the love of the viewers but accolades from the critics too.

Here’s ExpressVPN’s 2022 summary of the best Netflix show of 2022 worth adding to your watchlist.

First things first. The whole world had been waiting for the upcoming season of The Crown, and when Netflix finally released it in 2022, it stood up to fans’ satisfaction. We are not very sure about the balance between fact and fiction that this series depicts, but one thing is sure: it caught the attention of the audience, not in the United Kingdom alone, but worldwide.

Featuring A-class stars like Claire Foy, Matt Smith, Helena Bonham, Olivia Colman, and others, the whole show captures the essence of the Royal Family of Britain and their internal affairs to perfection. This year, the series cast was refreshed with Imelda Staunton taking over in the lead role.

The Crown has already been nominated for many awards and accolades. It has been the real game-changer for the OTT platform, gathering acclaim, prestige, and a whole new audience. Beautiful, lavish, and heavy on the budget, the series deserves a spot on our list.

Mike Flanagan is considered the horror maestro in the industry. Thus, know that when he creates something, he will not leave the audience disappointed. His past projects like Doctor Sleep, Gerald’s Game, Midnight Mass, and the Haunting of Hill House became a big hits worldwide. Now, he returns with a teen-oriented series, The Midnight Club, offering you the same kind of scare factor.

Coming to the plot, The Midnight Club follows a group of terminally ill young adults at Brightclifee Home Hospice. Each night they meet each other and share ghost stories. The stories are scary, and the show is deeply emotional, with many elements of mysteries and jump scares. Any horror genre fan should not miss it.

The Sandman is the adaptation of Neil Gaiman’s hugely famous comic book by the same name. This incredibly long-awaited series arrived 30 years after the source material was published. There had been various issues holding back the development. But when it aired on Netflix, it became the talk of the town. The audience called it ‘worth the wait’. Many acclaimed critics gave it a four-star review and referred to it as ‘a vision that Dream himself could have conjured.’

The plot of this series is about a cosmic who controls all the dreams and must venture to an assortment of disparate worlds and timelines in a desperate attempt to reverse all the damage stemming from his recent absence when he was captured and held captive for over a hundred years. He goes through different obstacles, meets different people, and engages in thousands of emotions, making the whole series grim but worth watching.

It is safe to say that Russian Doll became one of the biggest hits on Netflix this year. Natasha Lyonne outshines in this hilarious yet strong take on the classic of the sci-fi genre. Russian Doll is a time-loop story of Nadia (played by Lyonne), a woman who repeatedly dies and relives the same night over and over again in the first season. The second season takes her to another sci-fi setting, and she travels back in time and inhabits her mother’s body.

By reading the plot, anyone would assume that the show may be complicated to watch. However, it is not. The makers have put everything so grounded in a larger purpose and theme that the series wants to explore. After its two successful seasons, the makers are planning on the third season, and are equally hopeful that it will fare well and keep the audience entertained for the longest time.

When it was released in 2015, nobody had an idea it would become one of the biggest hits and would make its fans wait for the upcoming seasons. The final season was aired this year, making this show one of the best series on Netflix in 2022.

The entry of Bob Odendrik towards the end of the second season of Breaking Bad as a sleazy lawyer, Saul Goodman was a shock to the system for anyone who had long admired his work as a writer and a comic actor on the other shows. But little did anyone know that it was only the beginning of the hilarious yet tragic tale that would take everyone by storm. Better Call Saul takes on the scope of an epic Russian novel and is considered a prequel to Vince Gilligan’s meth drama, Breaking Bad. Some Breaking Bad fans have claimed that the former is even better than their favorite, making it a must-watch for all.

Besides the above-listed best shows of 2022 on the OTT Platform, Stranger Things deserves special mention.

When the Duffer Brothers released the fourth season after a long gap, they ensured they didn’t disappoint the audience. The series continued to put its audience on the edge of their seats, this time with some horror elements as well. The current season of the series was touted as the creepiest nightmare by some. The 4th season was released in two parts with a gap of 30 days. The audience waited for their hearts out and enjoyed both parts thoroughly. Consequently, Stranger Things became a messy, scary, yet gripping watch for the fans.

Each year, Netflix proves to the world that it is not a random streaming platform but the real hero of the OTT world that knows how to win the hearts of its audience. Which one of the above-listed series is your favorite?

The Origin of Everyone’s Favorite Slang Words in English