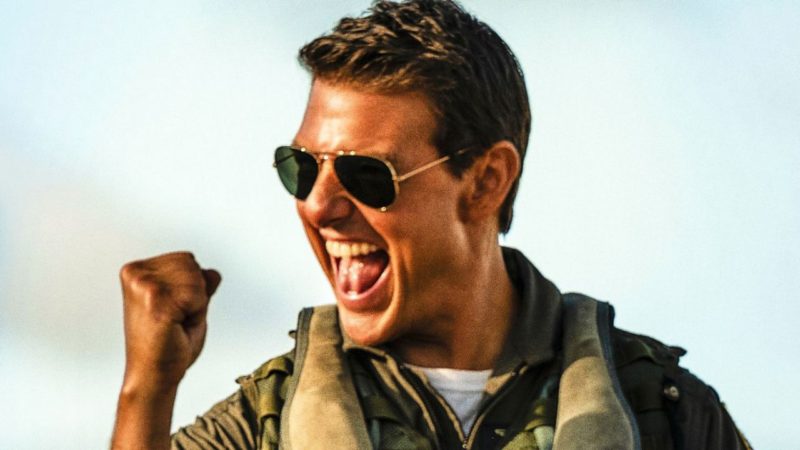 The premiere of “Top Gun: Maverick” is getting closer and, as is the case with all major releases, specialized critics and movie chain entrepreneurs have special functions to see the film and give their opinion on it, such as to prepare the ground before facing the box office.

The long-awaited sequel to the 1986 classic seems to have more than passed the test, as for those who saw the film, it was an epic experience.

“I’m a big fan of ‘Top Gun.’ But I think even if it wasn’t, I would have LOVED ‘Top Gun: Maverick.’ The action is intense and lavish, the characters and relationships rich and rewarding, and it tugs at the heartstrings, too. It’s a special sequel and I’ll be your partner anytime,” wrote Gizmodo’s Germain Lussier.

“#TopGunMaverick is everything I hoped it would be and more. When the word “cinema” is invoked, it is always auteur filmmakers. But for many generations of viewers around the world, it also means Tom Cruise in a movie that lifts them up and brings them joy for more than 2 hours,” said Yong Chavez of ABC News.

“TOP GUN: MAVERICK is a blockbuster done right: intuitive action editing; a steel-framed script and a clever sense of how to mix and match legacy characters with new faces; authentic emotional resonance. It’s great to feel it in your bones,” said LA Critics member and Golden Globes voter Brent Simon.

Just saw #TopGunMaverick at #CinemaCon oh my gosh. It could be the best movie in 10 years. Thrills and chills, tears and cheers. Tom Cruise is incomparable. He surpasses anything you can imagine. EXTRAORDINARILY tense. PERFECTION. Miles Teller crushes,” wrote Critics Choice member Nikki Novak of Fandango.

“#TopGunMaverick is a deep cinematic experience and easily the best movie of the year. The film that Kosinski, Chris Mcquarrie, Eddie Hamilton and of course Tom Cruise have achieved is epic and intimate, moving and heartbreaking. As good as you think it’s going to be, it’s better,” said Drew Taylor of The Wrap and Collider.

“Top Gun: Maverick” takes place 35 years after the events of the original film and sees legendary pilot Pete “Maverick” Mitchell (Tom Cruise) as a captain and new flight instructor for the Top Gun fighter pilot academy. in California. There he now guides the new fighter pilots, among whom is Lieutenant Bradley Bradshaw (Milles Teller), Goose’s son, his former partner who died in a flight accident during pilot training, who now seeks to become a much better aviator than his father was.

Facing an uncertain future and the ghosts of his past, Maverick is drawn into a struggle with his deepest fears, culminating in a mission that demands the ultimate sacrifice from those who will be chosen to fly it.

Prior to its arrival in theaters, Top Gun: Maverick will have its grand premiere at the Cannes Film Festival. A few days later it will begin to hit theaters: in Latin America it will be seen on May 26, while in Spain and the United States it will be on May 27.