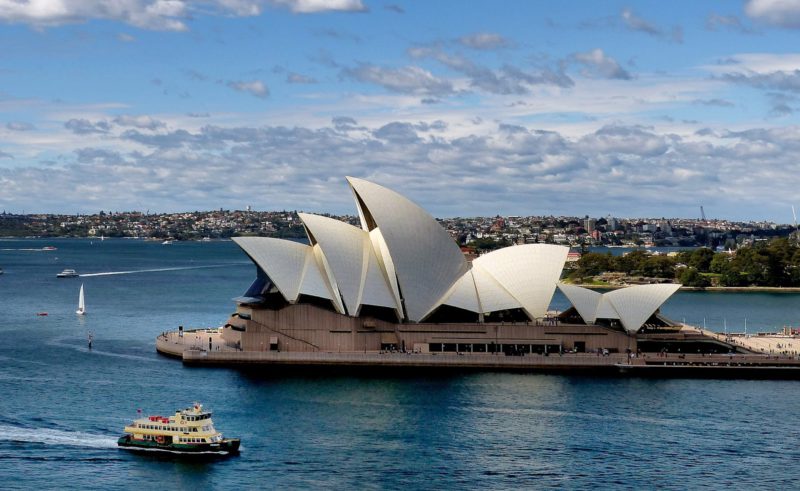 Nicole Kidman, Mel Gibson, Russell Crowe – these are just some of the A-list celebrities born and raised in Australia. Many of them still call the “Land Down Under” their home, while others try to spend at least a couple of weeks every year in their homeland. So where do they go when they get to Aussieland?

If that’s what’s on your mind, you’re at the right place. In this post, we will reveal the best places in Australia for celebrity spotting.

The iconic modern-expressionist building situated in Sydney Harbor has hosted a number of spectacular shows over more than 60 years of existence. The Rolling Stones, Iggy Pop, Prince, and many other legendary artists performed at this venue in the past, and many will do so in the future.

If you’re on the lookout for celebrities in Australia, this should be your first destination. In 2022, there are several highly sought events taking place at Sydney Opera House. Some of the most impressive features will be Andrew Lloyd Webber’s rendition of The Phantom of the Opera and, the Tony Award-winning, Broadway musical Cinderella. It’s almost certain that at least some celebrities will attend these events.

Aussies love to gamble, that’s a fact! According to research from a few years ago, about 80% of all adult Australians gamble on a regular basis. That accounts for over 15 million people; it’s only logical to assume that some of them are famous.

So, where do those people go to gamble? A lot of them go to Australia’s largest casino – Melbourne Crown Casino. Apart from local celebrities, this casino is often visited by celebrity gambling aficionados from Hollywood.

Located on the bank of the Tarra River in the city center, the Melbourne Crown Casino is the country’s largest. A total of 510,000 square meters of space is dedicated to fun and entertainment. In addition to a large casino with more than 2,500 slot machines and all the table games an aficionado would want, this complex also has a luxury hotel. There are also several impressive restaurants and bars, and even a shopping mall. It’s no surprise celebrities love this entertainment complex.

Melbourne Hosts the Australian Open, one of tennis’ four Grand Slam Tournaments. During the tournament, Melbourne Park is a fantastic place for those who wish to hang out with celebrities. Apart from famous tennis players competing on the courts, many celebrities can be seen in the stands. Some celebs who attended the 2022 tournament include Eric Bana, Toni Collette, Malcolm Fraser, Heston Blumenthal, and many others.

Read Also  Planning Your Next Trip to the US? Here are Some Lesser-Known Locations to Check Out

Dubbed by the media as “Australia’s most luxurious hotel” Crown Sydney opened its doors in 2020. The Crown is Australia’s first, and currently only, 6-star hotel. This is the place where it’s almost guaranteed that you’ll run into at least one celebrity. The bad news is that in order to happen, you will have to splash a lot of money for a stay. A one-night stay for two, in a Deluxe King room, will set you back around AU$870. The hotel is beyond luxurious so guests are getting value for their dollars.

South Bank Parklands is one of the most visited sites in Australia. This Brisbane destination welcomes about 11 million visitors every year. The parkland consists of various plazas, rainforests, water areas, grassed areas, and so on. There’s also a riverfront promenade, as well as an artificial 2,000 square meter beach.

With so many outdoor features, it’s no surprise that the complex is loved by Australian celebrities. What they also love about this place is the fact that it also hosts a number of bars, restaurants, shopping centers, as well as a large amusement park.

Read Also  This Gucci x Adidas Umbrella costs $1,200 and doesn't protect you from the rain

All of the sights previously mentioned are situated on the eastern coast of Australia. The final spot to visit when seeking celebrities is situated on the West Coast. Perth is home to the University of Western Australia (UWA). The reason why we recommend checking out the UWA complex is the annual cultural festival. Perth Festival is a  tradition going for almost 70 years. It is one of Perth’s biggest cultural events, with hundreds of thousands of visitors every year.

The program of the festival typically involves a mix of classical and contemporary music acts, theater and opera work, as well as a film festival. In some of these events, celebrities are taking part, while in others, they’re in the role of spectators.