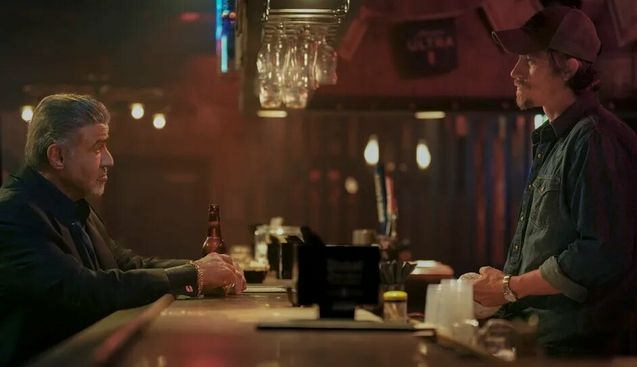 Sylvester Stallone controls the mafia in Tulsa King, a Paramount+ series created by Taylor Sheridan that has been revealed through a new trailer.

Along with Arnold Schwarzenegger and Jean-Claude Van Damme, Sylvester Stallone is perhaps one of the most iconic incarnations of Hollywood action cinema on screen. If the actor has already turned in many films in the early 1970s, it is the first Rocky who reveals it to the general public. Directed by John G. Avildsen in 1976, Rocky was a huge success and the film had seven sequels in which Stallone was always present.

Whether he’s a Vietnam War hero in Rambo, at the helm of a special big-arm unit in the Expendables saga, or even a superhero in Amazon Prime’s recent and disappointing Samaritan, the actor has always known how to use his big muscles, but in Tulsa King, he’ll also need his brain to run a well-organized mafia. After several cameos on television, it’s time for Stallone to find himself at the head of his first real series. As expected, the castagne will be at the rendezvous in Tulsa King, which has just unveiled a new trailer.

At the head of Tulsa King, we find a duo of experts composed of Taylor Sheridan, showrunner of the series, but also creator of Yellowstone, Mayor of Kingstown and writer of Sicario: The War of the Cartels, and Terence Winter, producer and writer of the series The Sopranos.

With Tulsa King, Stallone is given the role of Dwight Manfredi, known as “The General”, a former godfather of the Italian mafia in New York. After twenty-five years in prison, he was forced to move to Tulsa, Oklahoma. There will obviously be no question for the mafioso to retire since he intends to make this new city his own.

Tailored suit and dark glasses, Stallone seems to have found a new role perfectly suited to his build. From the top of his 76 years, the actor does not seem to refuse a few shots of ball, which is always appreciable. Hyper rhythmic and rather violent, the trailer shows everything we could expect from Tulsa King and a series led by Stallone.

The rest of the cast consists of Martin Starr, Dana Delany, Garrett Hedlund, Domenick Lombardozzi, Jay Will and Andrea Savage. Tulsa King will land on Paramount+ on November 13, 2022 and therefore probably on Canal+ shortly after.

Russell Crowe as a couple, First Red Carpet with his Young Girlfriend