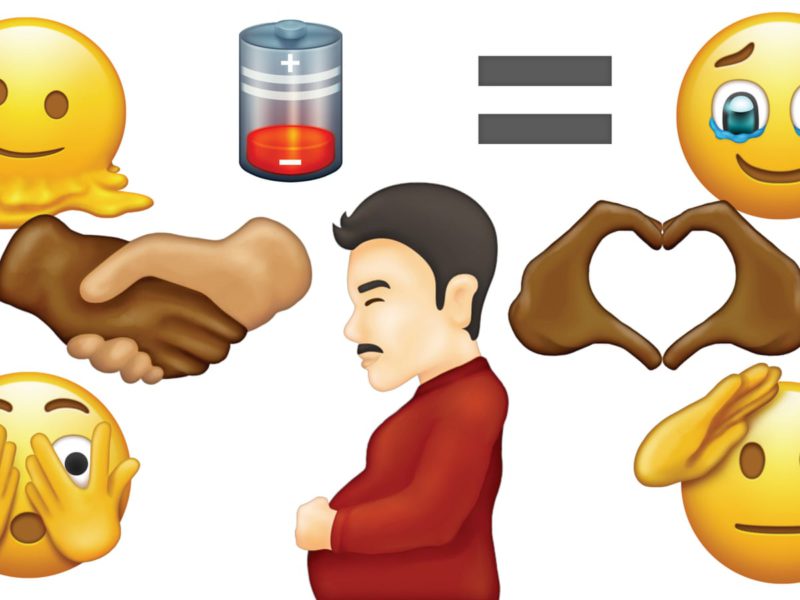 There’s some exciting news for creativity lovers. We may get the new additions to emojis alongside the release of iOS 15. The iOS 15 update is going to release on September 20th, and reportedly we are going to see many new emojis on the list.

According to recent reports, the Unicode Consortium has released a new set of emojis that is available with the new and upcoming Emoji 14 update. It also includes the melting emoji, heard hands, salute emoji, biting lip, and many more.

Emojipedia also reported that a total of 37 new emojis would make their new way with the recent update released in September. Companies can use it to create their own versions, and they all will be available on different smartphones by next year for sure.

As mentioned earlier, some of the most interesting emojis you will be seeing would include salute, hand overmounts, biting lips, melting face, and more. There will also be a bunch of hand emojis too in the update. Like a hand with the index finger, a thumb crossed to look like a heart, left-hand signal, right-hand signal. And also emojis like two-hand heart symbols, upward and downward facing palms, and many more.

Other additional new emojis include bubbles, battery, X-Ray, beans, a photo ID, empty bird’s nest, and much more. Now, as we know the new list of emojis that are going to release is finalized. Many companies like Apple and Google can adapt their basic framework. After that, these big tech giants can build upon their unique versions of the same emojis.

We can also expect the new set of emojis to be available sometime next year. Or possibly along with the release of iOS 15 in September. Thus, it would be better to take this news with a grain of salt as there’s a lot of uncertainty. Stay tuned to our website, as we will update you with every new update that comes in regarding the same.

‘Kamisama Kiss’ Season 3: Everything We Know So Far