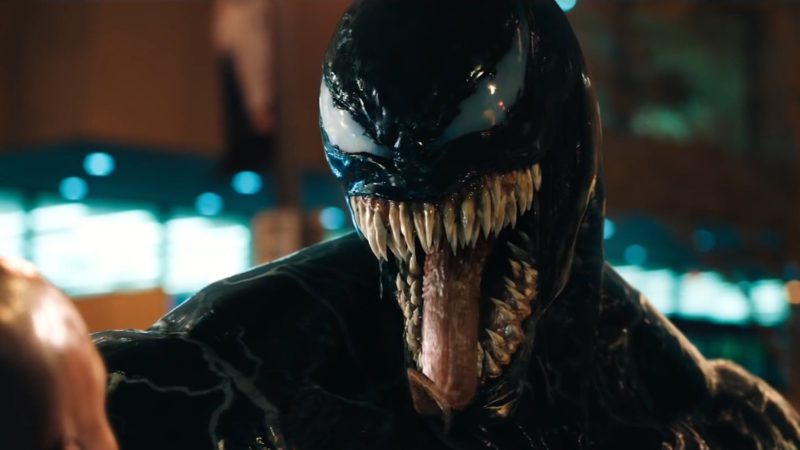 The trailer for “Venom: Let There Be Carnage” came out yesterday. We discovered 3 glaring clues that nobody noticed!

Spider-Man” opponent “Venom” is now a trailer ahead of the wall-crawler! While Marvel fans are longingly waiting for a trailer of “Spider-Man: No Way Home”, its counterpart Venom got one yesterday. And what a one! The film offers some surprises and resourceful fans have long since analyzed what we can expect in the new part. We have revealed the 3 most blatant trailer secrets for you!

Carnage becomes the opponent – but not only him.

As the title of the new part already reveals, the villain in the new “Venom” part will be the insane serial killer Cletus Kasady, who already had a short role at the end of the first part. He is played by Woody Harrelson and as the trailer already shows, he will get his own symbiote. With that, he’ll do a lot. “Carnage”! But he obviously won’t be the only villain! Actress Naomie Harris, who will play the cartoon character “Shriek”, can also be seen in the trailer. For everyone who doesn’t know the comics: Shriek also carries a symbiote and is Kasady’s lover in the comic series and.  AT LEAST as bad as her boyfriend, if not worse! So there are some very unpleasant opponents facing Venom.

“Spider-Man” won’t have a role

Since “Venom” and “Spider-Man” actually take place in the same movie universe, fans are still hoping that Tom Holland will appear briefly. The trailer, however, crushes these hopes like a fly on the wall – or rather a margin on the letter, because that’s exactly what happens in one scene. Kasady speaks of the people who are left behind ” waiting in the dark for a savior who never comes “. With this sentence, he kills a spider in front of him. We interpret that as a clear “No” to an appearance by “Spider-Man” – with the psychopath as an opponent, but maybe also very good!

Who is Detective Mulligan?

Also featured in the trailer is Detective Patrick Mulligan, played by Stephen Graham. Apparently, he is working on the case of Cletus Kasady and wants justice for the victims of the serial killer in the film. But there is more to its role than it first appears! Because in the comics there is also a character named Patrick Mulligan, who works as a police officer and is also attacked by a symbiote in the course of the series. This turns it into a “toxin”, a symbiote that combines the power of Venom AND Carnage and thus represents a huge danger! Will he take on the role of the villain in the third part or will he already have a role in part 2? Either way, we’re really excited to see how the story will develop!