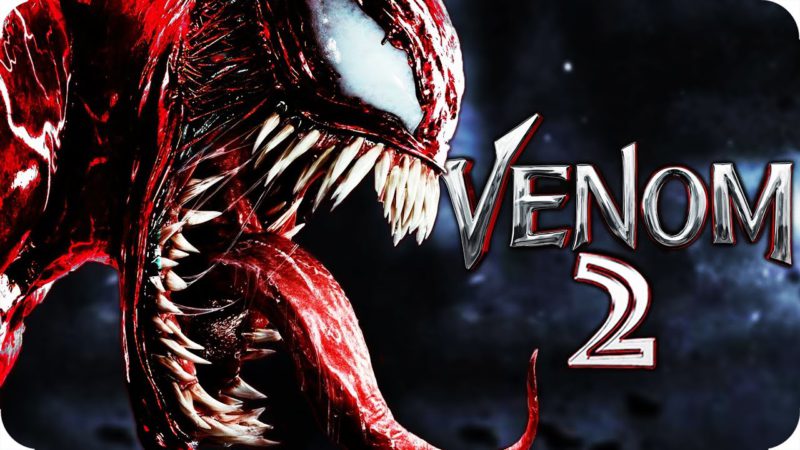 Could “Venom 2” have more in common with the MCU than just the comic origins? Allusions to Spider-Man and the MCU are hidden in the first trailer.

The sequel to Sony’s comic book adaptation will start on October 21, 2021, under the title “ Venom: Let there be Carnage”. The “Venom” films, like “ Morbius ”, are part of the Spider-Man spin-offs. While the friendly spider from the neighborhood got a number of his own films thanks to a deal between Marvel and Sony in the Marvel Cinematic Universe (MCU), like the Avengers, she does not appear in the Sony films. However, some allusions to the MCU are hidden in the first trailer for “Venom 2”.

The crucial scene shows a character named Detective Mulligan ( Stephen Graham ) reading an issue of the Daily Bugle with the cover story “The Hidden Victims of Cletus Kasady”. Kasady ( Woody Harrelson ), also known as Carnage, will be the antagonist of Eddie Brock ( Tom Hardy ) in “Venom 2”. The logo of the “Daily Bugle” corresponds to the design from the “ Spider-Man ” trilogy by Sam Raimi (via Screen Rant ). However, it is certainly just an Easter egg, which indicates that there is a version of the “Daily Bugle” in “Venom 2” that is very similar to the one from the “Spider-Man” films.

ALSO READ: Spider-Man VS Venom Movie Is On The Cards At Sony!

Could the Avengers be in “Venom 2”?

This allusion does not mean that “Venom 2” is set in the MCU or in the universe of Sam Raimi. Director Andy Serkis (“Mowgli: Legend of the Jungle”) made this clear to IGN:

“Obviously there are connections between Venom and Spider-Man and the Marvel Universe. We treat this as a world of its own. The Venom story is its own world. Of course, there are innuendos and small moments, but by and large, he is not aware of it. You are not aware of other characters, such as Spider-Man, at this point.”

Just because the characters don’t know anything about Spider-Man and the Avengers at the moment doesn’t mean they don’t exist in the world of “Venom”. If you pause in the right place in the scene with Detective Mulligan, you’ll see part of a heading and the end of a word that ends in “-engineers”. Of course, there are a few words to “Avengers” that end in these letters, but this could be an allusion to the fact that there is a group of superheroes in “Venom 2” who correspond to the Avengers. Despite all these hidden Easter Eggs, it will probably stay with a separate spin-off universe from Sony for the time being.