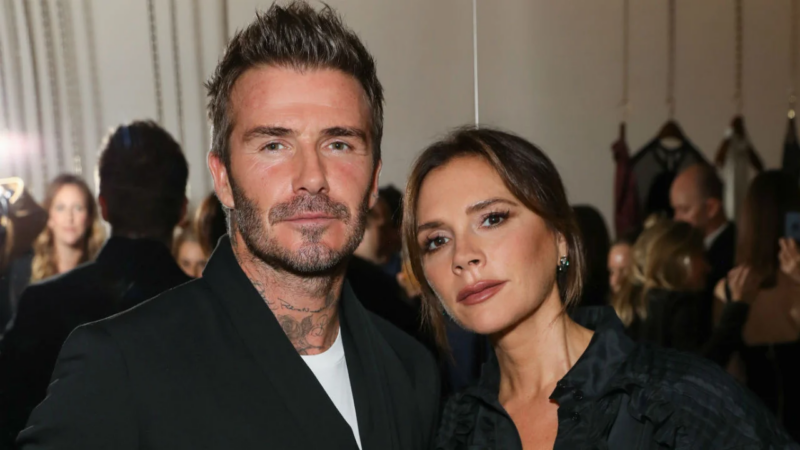 It’s been 23 years since the former Spice Girl Victoria Adams (48) and soccer star David Beckham (47) said yes. Despite all the critics and headlines, the two are still happily married today and have four children together.

To celebrate their 23rd wedding anniversary, the two look back on their married years together with photos and videos. to a picture, which the designer shows laughing next to her husband, she jokes: “They say he’s not funny. They say I never smile. They said it wouldn’t last.” She also posted a tearful emoji. Of course, a declaration of love couldn’t be missing either: “Today we’re celebrating that we’ve been married for 23 years, David, you’re my everything, I love you so much!” Says the designer.

“I was into Posh”

David Beckham, on the other hand, recalls the time when his relationship with the singer at the time became public. He published an excerpt from an interview with Sacha Baron Cohen (50), in which the comedian asked the footballer if he “had liked the Spice Girls” before they met. Beckham laughed, “No, but I was into posh.”

“23 years ago today, Posh became Mrs. Beckham, but she will always be Posh,” Beckham commented on his post. “Wow, 23 years and four beautiful children. I love you, we all love you.”

Throwbacks and congratulations from the sons

In his Instagram Story He also published two pictures from the early years of the relationship. A photo shows the young couple arm in arm, beaming in front of a soccer field, which the ex-professional soccer player commented with “today it’s 23 years” and a heart. The other image appears to be from a photo shoot where the couple pose in front of a castle in matching purple outfits.

Sons Romeo (19) and Cruz (17) also congratulate their parents on Instagram. Romeo Beckham shared a photo with the couple in his Instagram story. “Happy anniversary to the best parents in the world – love you guys so much,” he wrote. Cruz wished his parents in his story also happy anniversary and added an “I love you”.