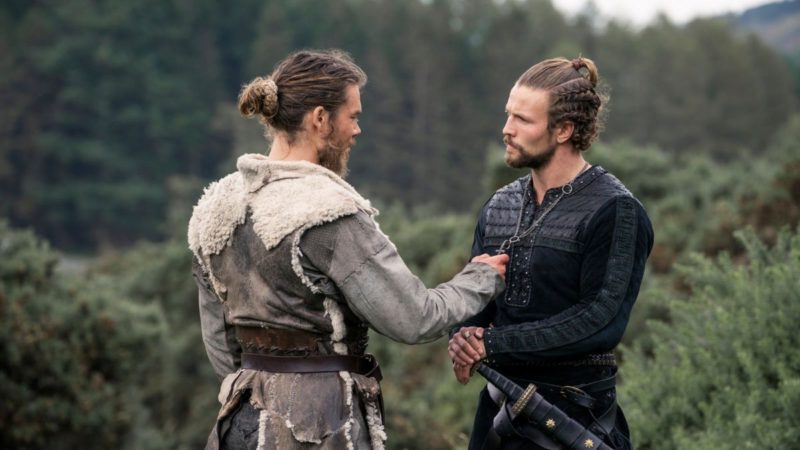 Vikings: Valhalla is a complete success. The spinoff of History Channel’s hit historical drama series, Vikings, is set a century after the events of its predecessor. This time, Vikings: Valhalla focuses on Leif Erikson, Harald Hardada, Freydis, and King William the Conqueror.

The series shows the end of the Viking age, which was notoriously marked by the Battle of Stamford Bridge in 1066. But is all of this really based on historical events? Considering that the original came from the History Channel, a team known for hitting the money most of the time, coupled with the fact that the period piece looks and feels incredibly authentic, that’s a good question.

Yes, Vikings: Vallhalla is somewhat inspired by real events that happened in history. Many of the characters and events that take place in a well-written narrative are real. But it’s important to note that the series is historical fiction, so the well-known phrase “based on a true story” is very loosely designated. The show alters a few things when it comes to character arcs and plotlines to help the story flow better.

The fact that the Vikings didn’t have a written language gives the show’s creators plenty of room for intriguing interpretation. However, when it comes to locations, settings, costumes, weapons, and things of that nature, the Netflix series is very accurate in its depictions.

But when it comes to characters, the show takes liberties. For example, the ruler of Kattegat, Jarl Estrid Haakon, played by Caroline Henderson, was created for the series. Most of the dates are also rigged, meaning certain interactions like anything between Harald Sigurdsson and Leif Erikson and Freydis weren’t reduced. Furthermore, the invasion of England, which took years and not days, actually took place a decade after the St Brice’s Day Massacre.

All in all, Vikings: Valhalla is a solid introduction to this time period and is sure to motivate many fans to learn more about this fascinating time in history. The extremely enjoyable endeavor is a riveting experience from start to finish, and to stay up-to-date on everything about the future of the Vikings spin-off.