Vikings: What many always suspected about two of its famous protagonists 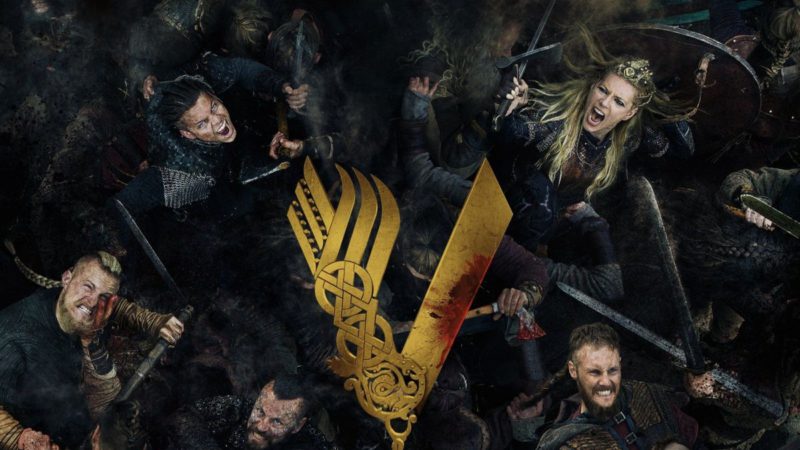 With 6 complete seasons and ending in December 2020, Vikings has earned in its own right to be considered one of the most successful phenomena in the world of the legendary Nordic warriors, seen on the History Channel first and on Amazon Prime some time later, among other important platforms. Since its debut in March 2013, no one imagined that it would become a famous saga with the recently released spin-off Vikings: Valhalla, which has won the admiration of fans numbering in the millions. So it is not surprising that everything related to its cast generates curiosity.

Although it is a loose version of the history of the Norse peoples, the success that the Vikings series became revived the legacy of the golden age of the adventures of these feared and ferocious adventurers before a new generation of followers. Its popularity was such, that the interest transferred to its narration until placing in the public eye the talented interpreters who gave life to their characters and any behind-the-scenes anecdote about their time on the program.

The work of producer Michael Hirst, Vikings concluded with a devastating narrative by firing several of its most important characters, whose deaths are still a source of comment among its fans. Tragic departures such as Ragnar Lodbrok (Travis Fimmel), Lagertha (Katerhyn Winnick), her son, Bjorn Ironside (Alexander Ludwig) and Ivar the Boneless (Alex Høgh Andersen), were only a small part of the long list of characters. who said goodbye to the plot, of them there was a cast member whose closure not only caused an impact but also surprised when his true relationship with other members of the production came to light.

Although Vikings is loaded with many curiosities from its beginning to the end, there is one that probably a large part of the fans suspected due to the physical resemblance of the actresses involved, while others were completely unaware. It turns out that two of the most outstanding artists of the main cast of the action-adventure series are sisters in real life and, as if that were not enough, they are also the daughters of the creator of the show. A detail that both prefer to ignore to avoid any indication of favoritism when participating in the productions that involve them with their father.

These are the interpreters of Helga, the wife of Floki (Gustaf Skarsgård) and Torvi, who at the end of her time in the series we see her as a partner Ubbe (Jordan Patrick Smith), personified by Maude Hirst and Georgia Hirst respectively. In the show, Helga and Torvi are presented to us as brave and noble Nordic women, whose individual paths in the narrative arc take different paths in fiction. Friends on the show, sisters in real life, these actresses are also the daughters of creator Michael Hirst.

Read Also  Poker and Popcorn: The best poker and casino themed movies of all time

In the Viking drama, although Torvi (Georgia Hirst) falls in love and forms a family with Bjorn Ironside, her final destiny is as the companion of Ragnar’s second son, Ubbe, whom we see in the sixth season accompany him on his adventures to discover new lands, even reaching North America. While the character of Helga (Maude Hirst) had a more tragic and short closure, Floki’s wife was only there until the end of the fourth season, an installment in which the sweet and sad character was killed in one of the most devastating episodes of the series that marked the fans forever.

First Bruce Willis, now Jim Carrey: the comedian announced that he is retiring from acting