Vikings: What we suspected about Clive Standen’s exit from the historical drama 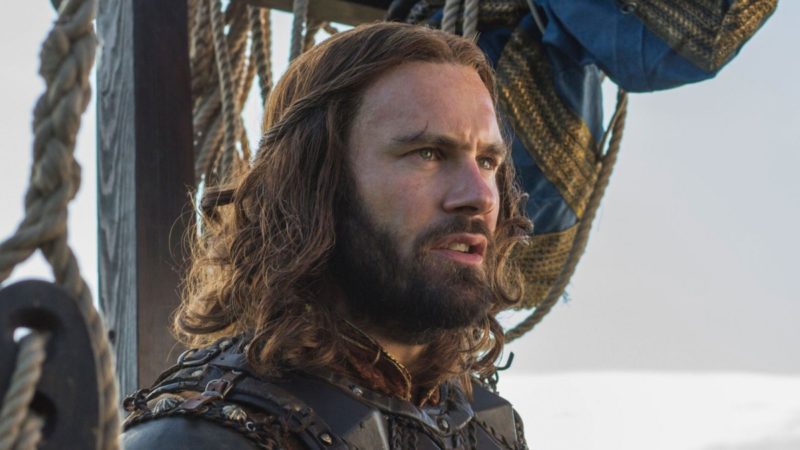 Ragnar Lothbrok (Travis Fimmel) may have been the star of the early seasons of Vikings, but his unpredictable brother Rollo (Clive Standen) never let him get all the glory. A skilled warrior who could also be hedonistic, cruel, and impulsive, Rollo was capable of deep loyalty and great betrayal in equal measure.

His antics caused his brother big trouble, and viewers of the drama couldn’t resist. Rollo was a main player during the first four seasons of Vikings, when the plot focused heavily on Ragnar’s rise to power, which Rollo helped and hindered.

But when the History Channel show moved on to the next generation of Vikings, the two brothers were eliminated. While Ragnar met a shocking death in Season 4, thanks to King Aelle (Ivan Kaye) and his nest of serpents, Rollo lived to make a dramatic return in Season 5, during an emotional episode that came with its own startling revelation.

Rollo was hungry for fame, but the actor who played him says he was more interested in serving history than racking up screen time. In the lead up to his return in Vikings season 5, Clive Standen explained in an interview that he and series creator and writer Michael Hirst realized that the end of Ragnar meant the end of Rollo’s involvement in the main plot.

“When he was still prominently featured in the series, when Travis Fimmel’s character Ragar Lothbrok died, I sat down with Michael Hirst, and we both said, ‘Rollo’s storyline is so intertwined with Ragnar’s Plot, so what? what to do?’, explained the actor. ‘a good story'”.

However, Clive Standen also believed that Rollo had unfinished business from the first season that needed closing. He said that Johan Renck, who directed the first three episodes of Vikings, had told him in confidence that one of Ragnar’s sons was actually Rollo’s, at least, that’s what Rollo suspects. The actor discovered that Renck was referring to Bjorn, the character played by Alexander Ludwig in the current season of Vikings.

So when Michael Hirst called him with the news that they had found a way to fit Rollo back into the Season 5 plot, Clive Standen was thrilled. This gifted us with the showdown between Rollo, Bjorn and Lagertha (Katheryn Winnick), in which Rollo tries to claim paternity over Bjorn only to be rejected in favor of his brother once again. Having played the character with this moment in mind, Rollo’s actor was pleased with the result.

“It was gratifying to come back and really purge everything that I had in the previous seasons.”

Celine Dion, on the verge of tears, announces very bad news in a moving video