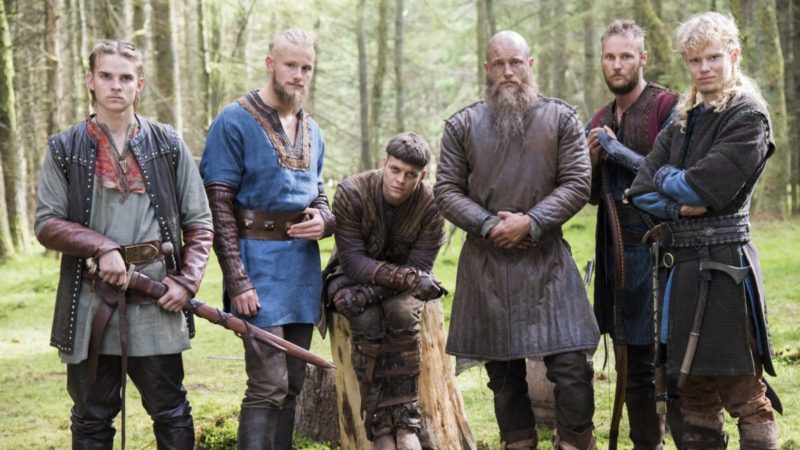 Vikingos was for five seasons telling us the details of a society marked by battles and the exploration of new territories, instilling family and cultural values ​​in each figure. In particular, that of the protagonist Travis Fimmel, who played the great Ragnar Lothbrok and all his children who in one way or another defended his legacy throughout this Netflix series.

Each of Ragnar’s sons has their key position in the story that unfolds in Vikings, they are: Björn (Alexander Ludwig), Ubbe (Jordan Patrick Smith), Hvitserk (Marco Ilsø), Sigurd (David Lindstron) and Ivar (Alex Høgh Andersen). After Ragnar’s death in season 4 of Vikings, his offspring carried the banner of battles, despite the fact that there were even disagreements between the same characters and that they all followed their own destinies in the series and this was reflected in the plot. of this Netflix series the most attached to reality highlighting his great personal achievements.

One of the most prominent may be Björn Ironside, who was a Norse Viking chieftain and became King of Sweden. One of the first rulers of the Swedish Munsö dynasty, and the sagas say that he was the son of Ragnar and Aslaugh (Alyssa Sutherland), and not Lagerda (Katheryn Winnick), as told in the Netflix series. Until now there are no records of the characteristics of his death, but it is assumed that it was due to old age very different from the one he was given in Vikings in the middle of the sixth season.

Another of Ragnar’s sons who sticks to the real story was Ubbe, who commanded the Great Heathen Army when they invaded England around 860 as the legend tells about the royal Viking Ubba who supposedly according to the scriptures fell in the Battle of Cynwit 18 years after the invasion.

Regarding the son named Hvitserk, there are several stories behind him and how they were adapted in bits and pieces in the Vikings series. The truth is that he was the first Viking king of Northumbria and claimant to the throne of Dublin, and could have co-ruled Denmark with his brother Sigurd, of whom there is record he was Danish king, we remember him because of the snake in his eye. It’s unclear how Sigurd died, but Ivar definitely didn’t kill him like they did in the series after a moment of rage.

Last but not least, Ivar the Boneless son of Ragnar and Aslaug, was also a noted leader who invaded England and Ireland, who is remembered for fiercely opposing Christianity by commanding the Viking army. His death has different versions, some allege that it was due to a rapid and horrendous illness, although there is a mass grave discovered in England that indicates another possibility, that Ivar died in battle, just as they raised in the Netflix series.