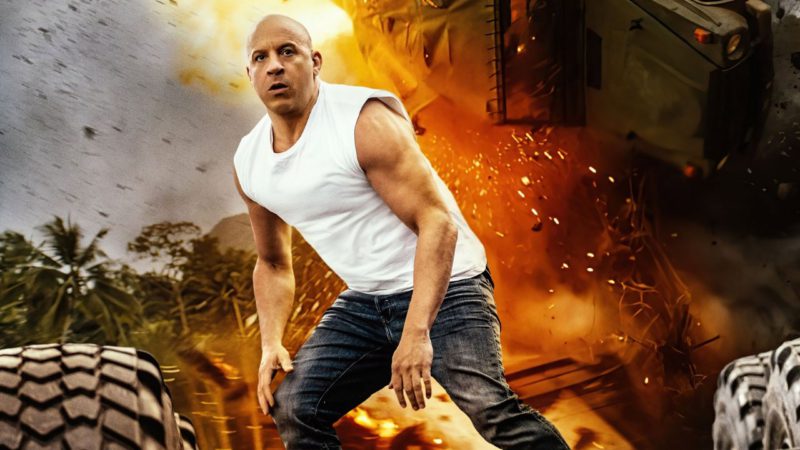 Although there is no movie this year, fans are eagerly awaiting all information about Fast and Furious 10 and precisely today Vin Diesel has something special for them. The actor of the saga used his social networks to share the official image of the tenth film, as well as his title.

Last year, Fast and Furious 9 swept everything away, even becoming one of the highest-grossing films of the year. Shortly after this milestone for the saga, Vin Diesel and director Justin Lin revealed that the story would come to an end with the next two films, Fast 10 and Fast 11. The penultimate film, in addition to Diesel, will bring back familiar faces from the franchise as Michelle Rodriguez, Tyrese Gibson, Ludacris, Nathalie Emmanuel, and the revived Sung Kang with his character Han Seoul-Oh. In addition, new stars such as Brie Larson, Daniela Melchior and Jason Momoa are confirmed, who is confirmed as the main villain along with the cyber-terrorist played by Charlize Theron.

The rumors do not rule out a possible return of Paul Walker.

Now to the delight of fans, Vin Diesel brings fresh information. First and foremost, the actor revealed that the filming of Fast and Furious 10 has officially begun. To double the bet, the actor who gives life to Dom Toretto presented the first official image, which reveals the logo and the title chosen for it: Fast X. With the revelation of Fast X it is confirmed that the saga continues without responding to any pattern to title the different installments.

At the moment it is unknown where the plot of this penultimate installment of the saga will go. Surely now that the filming work has begun, more information will come, without forgetting the famous leaks that anticipate something that is off the public’s radar.

As for the premiere, Fast and Furious 10 or rather Fast X maintains its release date for May 19, 2023.

From the creators of ‘Hierro’ Movistar Plus+ premieres ‘Rapa’, the obsessive crime series

The Fresh Prince of Rap: You’d never guess who refused to read Will Smith’s memoir