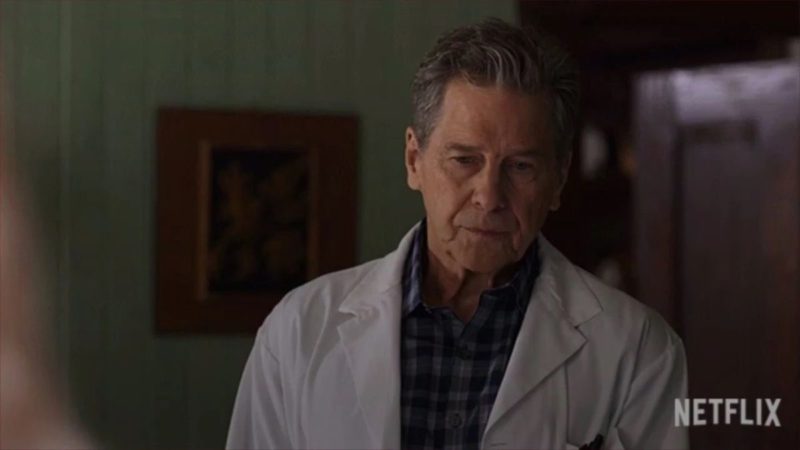 Virgin River appeared on Netflix this July 9 with its third season, introducing the new and revealing episodes that fans have been waiting for months. Lots of drama, tension and romance is what the drama of the streaming platform brings.

Since fans devoured the second season of Virgin River that premiered in November 2020, they discovered Doc’s health situation and thus began to formulate some theories about the character of Tim Matheson.

When the synopsis for the new Virgin River episodes revealed that there will be a funeral in season 3, many immediately became concerned that it was Doc and that the character would not pass beyond the third installment of the drama.

At the end of the second season, Doc was going to reveal to Hope that he is going blind, which, of course, will profoundly affect his personal and professional life. However, the fan theory seems to fade with the new statements.

Doc will appear in the third season of Virgin River, although sick, the character is not leaving the Netflix drama. According to the TV Line medium, he revealed that nothing will prevent the actor and his character from appearing in the new season of the series.

Fans should prepare to see much more of Doc in Virgin River’s future according to the report revealed by the source to TV Line. Apparently, the character will only have a new way of seeing life despite his health problem.

“The Virgin River doctor may, in fact, go blind when the show returns for its third season. We cannot reveal too much, but his diagnosis and his new vision of life have a great impact on his professional and personal relationships in the city ”.

“But if you’re worried about missing Doc this season, don’t worry, because Tim Matheson’s character will be coming out more than ever.”

The Crown Season 6: What will be the grand finale that the last season will deliver