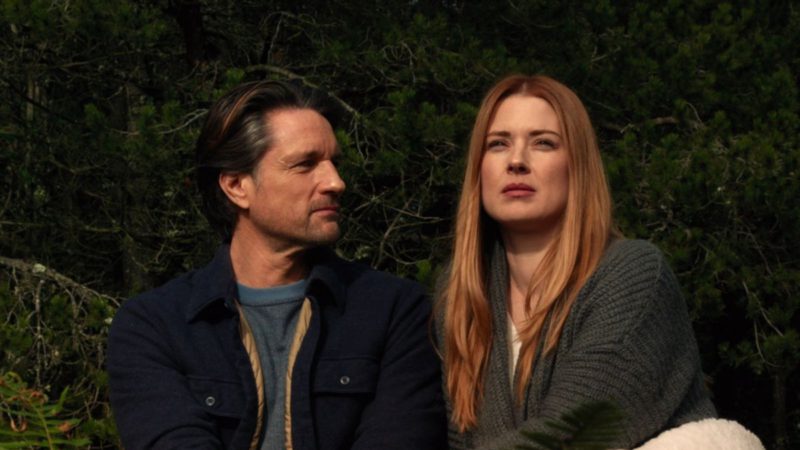 Fortunately, season four remains in post-production, and while impatient viewers are eager to find out what will happen next, Alexandra Breckenridge has released the first details on what to expect from Mel Monroe and Jack Sheridan.

Season 4 of the hit series starring Alexandra Breckenridge and Martin Henderson (Jack), could hit fans’ screens in the summer of this year, and with the upcoming episodes viewers will finally get the answers they’ve been waiting for some time. . According to Henderson himself, the stories in this installment will satisfy everyone.

Let’s remember that in the first three seasons of Virgin River many things happened that left fans of Netflix’s romantic drama restless. But, the most intriguing situation is related to the crossroads in which Mel Monroe and Jack Sheridan are immersed, after the revelation at the end of the third season.

In the final minutes of Virgin River season 3, Mel revealed to Jack that she is pregnant. However, everything changed when she confessed to him that she was not sure if he was the father of the baby she is carrying in her womb. Martin Henderson’s character had previously proposed to her, but after that outburst at the end of the installment, many are wondering what’s next for the Netflix series’ complicated romantic couple.

The truth is that while fans eagerly await Virgin River Season 4 which will consist of 12 episodes, they are keeping an eye out for any updates released by the show’s stars. This time, it was Alexandra Breckenridge who shared important details about what’s to come regarding her and Jack Sheridan’s character’s relationship.

Read Also  The Witcher: The tribute that was paid to the first actor who played Geralt

“Obviously we’re going to see Mel and Jack navigate the baby that we don’t know who the father is,” Breckenridge said during an Instagram Live via Hello. “So that should be nice. And they never actually get engaged at the end of season three. So we’ll see if they end up getting engaged in season four or not.”

While fans of the show wait for Mel and Jack to sort out this confusing pregnancy situation, production on Virgin River Season 5 is scheduled to begin work in the summer of this year. Filming, which was scheduled to begin in March, was apparently postponed for logistical reasons, and therefore some viewers believe that Netflix could release a Christmas special in the gap between the premiere of the fourth and fifth installments.