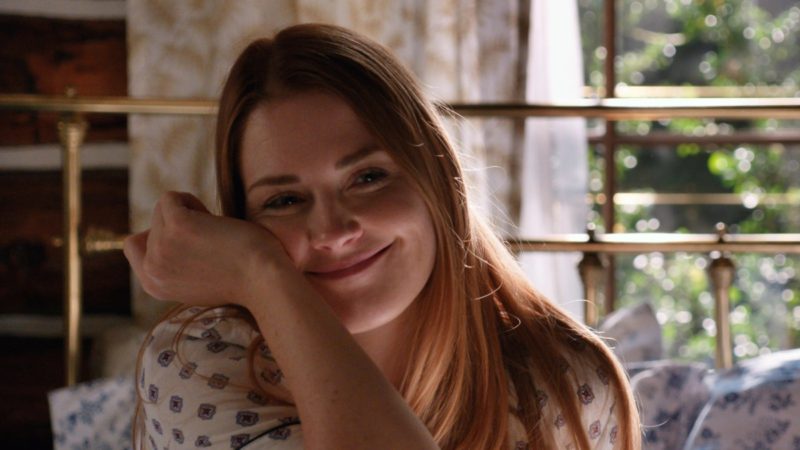 Virgin River is the romantic drama that follows Nurse Mel Monroe and ex-Marine Jack Sheridan, who live in a small town in the midst of tribulations while going through a complicated romantic relationship. Season 3 premiered in July 2021, leaving viewers intrigued by how some stories ended.

Virgin River season 4 is coming to fans’ screens any day now. The new episodes were filmed last year and work on the film set continued until December. It was the main stars Martin Henderson (Jack) and Alexandra Breckenridge (Mel), who shared the news with fans of the series.

Currently the next episodes of Virgin River are in the post-production stage since the beginning of 2022. It is expected that in the coming months, Netflix will rule on the release date of the long-awaited season 4, since so far neither Henderson nor the interpreter from Mel, have taken to social media as usual, to make any big announcements.

It’s important to remember that the third installment of the show culminated in a series of questions that keep fans intrigued. While everyone was waiting for the most recent episodes to finally reveal who shot Jack in season 2, the drama added other questions, such as who is the real father of the child that Mel is carrying in her womb, what is Doc’s secret and when Charmaine will have her babies.

Virgin River fans are also eager to find out what Brie’s reaction will be to Brady’s arrest. Meanwhile, Martin Henderson recently assured on his official account on the social network Instagram that fans will discover all the details in due time about him. The star of the series, stated that viewers of the show will be satisfied with season 4.

And it is that as Netflix remains silent regarding the release date of season 4, and taking into account that the filming of the fifth installment will be delayed four months since it was postponed to start in the summer of this year, the fans of Virgin River expect the production to prepare a Christmas Special for the romantic drama by the end of 2022, due to the gap between the premiere of seasons 4 and 5.

“Season five was supposed to start in March,” Breckenridge revealed on Instagram. “But they have pushed us so much… I don’t know. I don’t know man. I hope maybe we start in the summer. It would be nice to shoot in Vancouver in the summer instead of the winter.”