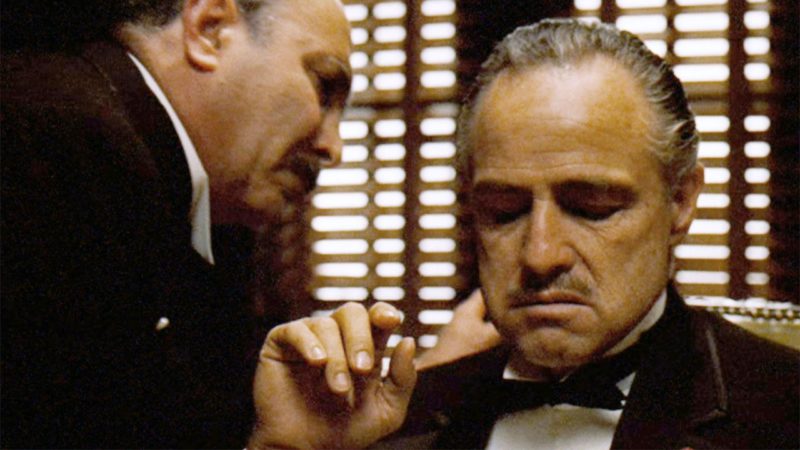 The Godfather (1972) is one of the great classics in the history of cinema and for many years it was the highest grossing of all time with actors of the stature of Marlon Brando and Al Pacino. Its main character, mob boss Vito Corleone, was inspired by real-life people.

The film is based on the homonymous novel of the same name by Mario Puzo, which in turn is based on the Mortillaro royal family of Sicily, Italy. For the film, the writer adapted the script with Francis Ford Coppola and is considered one of the most influential in history, especially in the gangster film genre.

Who is Vito Corleone?

Vito Andolini, popularly known as Vito Corleone, is a fictional character from the movie The Godfather, who was played by Marlon Brando. It should be noted that in The Godfather II, it was Robert De Niro who put himself in the shoes of the mobster since in this second part Vito Corleone appears only as a young man remembering his beginnings.

Don Vito is a natural mob leader with the ability to manipulate the psychology of his opponents and recruit new allies. He is wise, intelligent, cognitive, and is able to convince anyone to join him without the need for weapons or threats.

Although he is a rough and tumble guy, the film also portrays him as a caring father and a caring husband, giving viewers mixed feelings about him. In his youth, when he is portrayed by Robert De Niro, he is affectionate and caring, but also quiet and intense.

Who is Vito Corleone based on?

The character of Vito Corleone is based on various mafia and organized crime personalities in the United States such as Meyer Lansky, Lucky Luciano and Bugsy Siegel. However, it transpired at the time that the greatest inspiration to create the character was Frank Costello.

This Italian-American mobster was born in 1891 and died in 1973, and was known for rising to the highest ranks in the world of crime by controlling the gaming empire in the United States. In addition, he had political influence like no other Cosa Nostra boss.

Costello was called the prime minister of the underworld and became one of the most powerful and influential bosses in the history of the American mob. He led the Luciano family, which was later renamed the Genovese and is one of the Five families still operating in New York today.

The character of Vito Corleone has a peculiarity in the Hollywood industry: Robert De Niro became the first actor to win an Oscar for playing a character that won another Oscar two years earlier, since Marlon Brando also won the statuette.