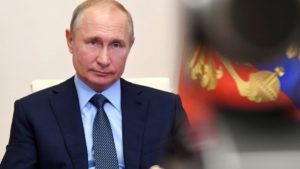 Vladimir Putin’s doctors had to rush to the Russian president’s home last weekend due to a serious health problem.

According to the Telegram account, General SVR -which monitors the state of health of the president daily-, last Friday night Putin suffered “strong nausea”, so his doctors had to arrive at his home and remained by his side for almost three hours.

Although speculation about the Russian leader’s state of health continues to grow, the CIA chief recently claimed there was no indication that he was ill.

William Burns stated at the Aspen Security Forum: “There are many rumors about President Putin’s health, and as far as we know, he is in perfect health.”

During the trip, the head of state’s behavior stunned the world, to such an extent that some claimed that a double had been sent instead for the summit.