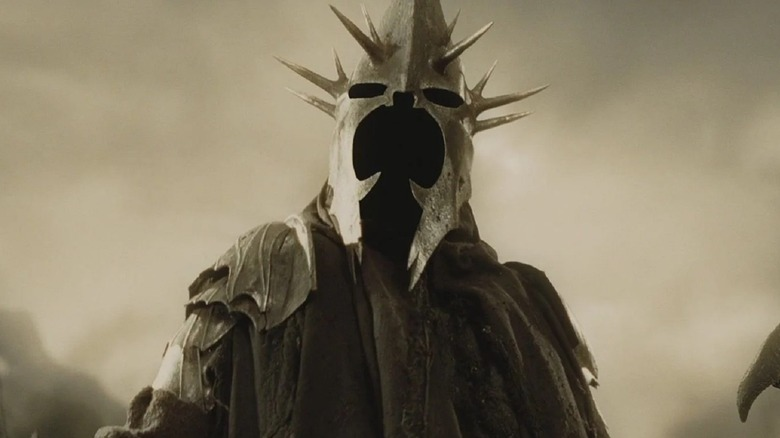 With a month to go until the premiere of The Rings of Power, we review what happened to the Specters of the Ring at the end of the novels.

Nine men who were kings and who ended up corrupted by the power of the One Ring. Sauron achieved his purpose and created the Nazgul, specters who follow the orders of the dark lord and detect the presence of the One every time someone uses him. In the series The Rings of Power it is very possible that we will see the beginning of the process, but how does its story end in The Lord of the Rings?

The beginning we know: in the Second Age, Sauron manipulated the Rings of Power to control them through the One Ring. When he disappeared, the specters faded with him, but despite defeat on the battlefield, Sauron continued to live in a silent (but active) lethargy. Only the destruction of the Ring can kill him definitively. Many times later, in the Third Age, the dark lord resurfaced and the Nazgul returned to Middle-earth.

The End of the Nazgul

The Fellowship of the Ring, led by Frodo Baggins, had to escape the Nazgul on several occasions. Meanwhile, the company’s journey continued towards Mordor. The goal? Destroy the One Ring in the same place where it was forged. The Witch King of Angmar, also known as the Lord of the Nazgul, met an unexpected death.

In the fields of Pelennor, in the city of Gondor, a great battle was being fought in which he participated by sowing terror. It is true that the prophecy said that he could not be defeated by a man. And that’s why it was Éowyn, the niece of the king of Rohan, who managed to shoot him down by surprise.

The fall of the Witch King was the beginning of the end. Frodo did not fail like Isildur and after a very hard journey he reached the top of Mount Destiny, the irascible volcano of Mordor. Disturbed by the influence of the One Ring, the hobbit was about to succumb, but Gollum, who still had a role in this story, tried to snatch it from him. After the struggle, Smeagol went to the jaws of the volcano with the ring in his hands.

With the One Ring destroyed, the bond that kept Sauron and his minions alive was broken. The Nazgul were forever diluted with their master.

The Lord of the Rings: The Rings of Power premieres on September 2 on Amazon Prime Video.