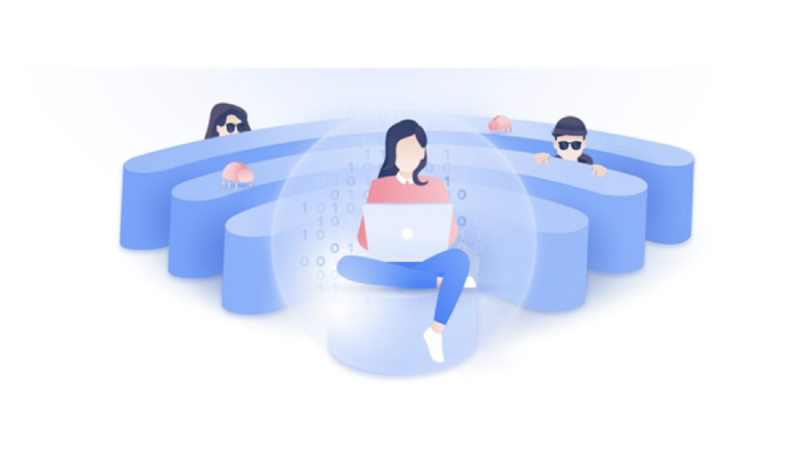 Who doesn’t like to have a freebie? Especially when it’s something of convenience or, rather say, useful! Take free Wi-Fi, for example; with everyone’s life literally revolving around their smartphones, laptops, and tablets, internet accessibility has become just as important as oxygen or food… okay, maybe not, but you got the point, right? But it looks like convenience has outweighed the consequences.

Just take a look at this example; knowing that free Wi-Fi may expose you to various security threats. Yet, studies show that the majority of Canadians still tend to use it anyway. According to the survey conducted by Norton, a free Wi-Fi connection is one of the major determinants that helps Canadians decide where they want to spend their weekend. However, the same survey shows that about 88% of Canadians have potentially put their private information at risk while using open networks for accessing their bank accounts, personal emails, or other financial details.

While the overwhelming majority of Canadians (60%) believe that their information is safe with open networks, the reports reveal that these networks are actually not secure as users tend to believe they are.

There’s no denying that “free public Wi-Fi” comes at a steep price – the theft of your information, identity, and finances. Despite that, we can’t really control our temptations, can we? Given the eye-watering bill of roaming charges, free Wi-Fi at a local coffee shop or hotel feels like you hit the jackpot! Since it’s impossible to control our itch using free Wi-Fi, what if we do it with a little bit of security? Yes! That’s where a Virtual Private Network comes in to save your ass against evil jerks lurking online.

Read Also  Get StackTV for $0.99/month for two months

Yes, VPN! Are you familiar with the name? An unsung hero who protects us from the evil forces on the internet and other malicious actors…. and doesn’t even take much of the credit! It’s a superhero without a drape or, well, underwear and if you are searching for the best VPN for Canada; it is genuine because it does more savings than Avengers or DC superheroes do combined! Don’t believe us? Well, this blog will tell you just that!

Virtual Private Network (VPN)– a savior that you desperately need!

A survey shows that about 53% of Canadians cannot differentiate between a protected or an unprotected Wi-Fi network, thereby not taking any precautions to secure their sensitive information. That’s alarming, right? It’s like going to war without a shield or an armor –a flying arrow to the chest, and you’re dead!

A VPN acts like a shield to protect your information from potential data breaches and hacks. It’s practically made for this purpose! It sends your online traffic through an encrypted ‘tunnel,’ making it tough for hackers to decipher or intercept. Thus, it provides you with a safe and encrypted connection to venture into the online world far from the prying eyes of criminals and other evil-intentioned operators.

In addition, a VPN application on your smartphones will provide you with military-grade encryption on these networks on the go. So, even if a hacker or spy is snooping on that network, they won’t be able to see your information! That’s why many security experts emphasized using a VPN service on these free Wi-Fi hotspots.

As per a research conducted by Kaspersky Security Network, almost 25% of the country’s public Wi-Fi hotspots don’t use any sort of encryption. So for data security and privacy, it’s important to ensure that the network you’re using is encrypted.

When signing to your email or using an application via the non-encrypted network, you’re giving an open invitation to hackers to access your information. Not just that, an open network can expose your bank details, finances, and other private information to hackers and even lead to man-in-the-middle attacks, malware distribution, and whatnot! Here’s the list of five Public Wi-Fi dangers you need to be aware of and how a VPN can protect you against it!

Private information comes in many forms: Your pictures, passwords, home address, videos, financial information, sensitive documents, and much more. A hacker can access all of this information if you connect your device to a compromised Wi-Fi network. They could have a field day with everything stored in your device. A VPN wraps a protective bubble around your online activity, hence, bouncing off all the malicious attempts that come in your way.

Man-in-the-middle attacks involve hackers impersonating a legitimate Wi-Fi network to lure people into connecting. When you fall into this trap, everything you do while connected to that network goes through the hacker’s system. As a result, these “men-in-the-middle” could have access to your credentials and other private information. VPN helps prevent hackers from intercepting your online activity! So, even if you’re connected to a foul Wi-Fi network, VPN ensures that your information is fully secure and out of reach of hackers.

Tools like ‘Packet Sniffer’ or ‘Packet Analyzer’ allows people connected to the same network as you to secretly eavesdrop on your online activity. These tools enable hackers to view anything transmitted over a non-encrypted Wi-Fi network. Since VPN encrypts your online connection, it inhibits hackers from viewing or eavesdropping your online details.

Another common concern of using public Wi-Fi networks is malware injection. As mentioned earlier, hackers can use snooping software to keep an eye on your online traffic. But guess what? It’s just the tip of an iceberg! Not only would they be able to track your online activity, but they can also manipulate it! For example, they can insert some malicious software – malware or spyware – or even employ a hidden code to read and steal information on your device. And the worst part is, you won’t be able to identify until it’s too late. That’s why it is not recommended to use a free Wi-Fi network until you’re completely confident about the source, and even if you do use it, make sure to connect to a VPN service that offers military-grade encryption.

Hackers with nefarious aims tend to target open Wi-Fi networks to gain access to user’s private information. That is where a VPN comes in to help secure your online connection and prevent hackers from breaking into your device. It sends your online traffic to a secure tunnel, making it incredibly hard for hackers to intercept or decipher your online information. Look, we don’t intend to scare you from using a free Wi-Fi service; you can use it by all means, but with a little bit of security. Obviously, you won’t go barefooted knowing that the ground is full of mines!