What TV Shows Do Students Watch in Their Spare Time? 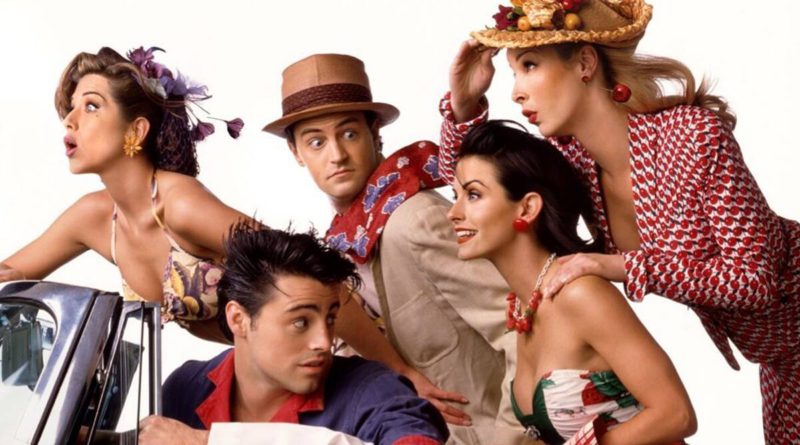 Students have always been great at hiding the best books, hit shows, and top movies. Besides just that, young people are, probably, the most vivid streaming platform fans. These days, spending time binge-watching some series on Netflix or other platforms is an even more popular student activity than partying. Indeed, time has changed. TV is becoming an increasingly popular pastime with students being its main audience. So, here are some of the most popular TV shows among students today.

Ever since Friends appeared on Netflix, the younger generation became obsessed with it. The connection here is easy to spot. These days shows that are not on streaming platforms will never earn the same audience and recognition as those that are on them. Overall, these series have already raised several generations. It’s incredible how something that was created long before today’s high school students were born can still speak to them in so many ways. Friends managed to create a very unique, warm environment that helped young people feel better, even during such stressful times as exams.

However, it’s fair to notice that some of the Friends’ plot lines and jokes are rather out of style now, to say the least. For instance, the creators of Friends have often been accused of having an all-white cast and inserting people of color or different races only as a lazy tokenism effort. On the one hand, Friends has been very brave at tackling same-sex marriages, open female sexuality, and other topics that have been taboo back in the nineties. Yet, it also failed to leave behind the toxic masculinity trope and educate people about (Ross and Rachel) toxic relationships.

Gilmore Girls is another example of an old show getting a new life due to Netflix. It appeared on Netflix somewhere around 2015 to prepare the audience for the reboot of the show. It has immediately conquered the hearts of students. Some of them remembered the show from their childhood, while others just learned about it. Nevertheless, it grew very popular over the recent years.

Gilmore Girls is one of the first shows to pick on common negative Millennials’ behavior. Rory, the golden child of her family, was first introduced to us as the mascot for all the nerdy, overachieving girls in their teens. She showed that it’s okay to be all about books, and studying, and ambitious career goals even if you are still in your teens. However, as the series progressed, this character slowly turned into a cautionary tale instead. From everyone’s role model, she transitioned into everyone’s nightmare.

Rory’s plotline demonstrated the common Millennials’ trope, where young people demonstrate a failure to accept criticism, poor working ethics, and entitlement. Of course, it’s an exaggerated version of today’s students. However, this cautionary tale is probably why Gilmore Girls became so popular among today’s students.

Bojack Horseman ended last year though its impact will not be forgotten. Bojack was one of the most honest, heartbreaking, revealing, and yet funny shows that spoke the truth about depression, anxiety, addiction, trauma, and more. The influence of this show is hard to overestimate. It has been one of the best and high-quality shows ever released by Netflix, and we are all very grateful for that.

Bojack Horseman took a brave stand in fighting the mental health stigma. It’s also worth noting that most Bojack’s fans are men in their teens and mid-twenties – the group that is most stigmatized when it comes to mental health conversation. Probably, due to this show, more young men than ever have sought free essay examples from Midtermguru and other sites in their attempt to learn more about mental health.

Overall, this show, besides being highly entertaining and intriguing, has also been an educational experience. The series never pursued the common trope and always surprised its audience with novelties and creative solutions. The show has also given a new life to animation shows for adults, as it showed how animation could be both fun and serious when it is needed.

Let’s be honest here, the Handmaid’s Tale is probably the main reason, so many of us got a Hulu account in the first place. The timing of these series could not be better. The rise of the MeToo movement and the peak in the feminism movement has prepared the perfect ground for a show like this. Students all over the world were hooked on the series from day one.

Though, it would be fair to admit that watching these series is not an easy or entertaining pastime. The show is somewhat a combination of horror, action, and drama, along with also being a feminist manifesto. Right now, Handmaid’s Tale is on its fourth season, and we feel like there is still a lot the show can give us.

10 Best Casino Based Hollywood Movies of all Time