When will Fantastic Beasts: Dumbledore’s Secrets be streamed? 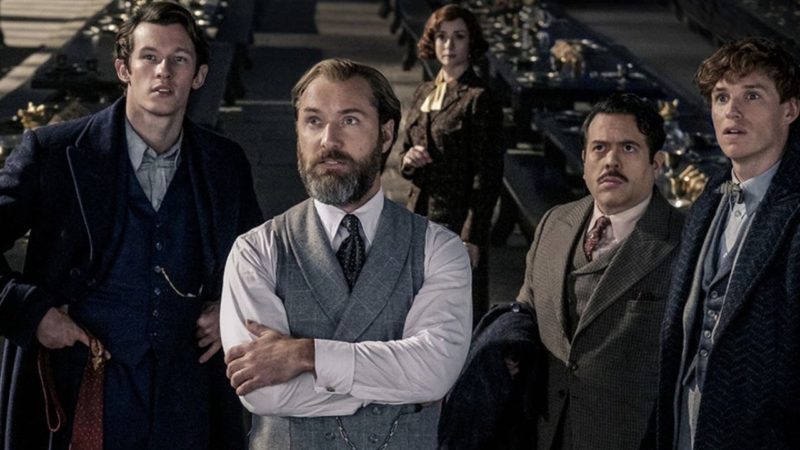 Just a few weeks ago, Fantastic Beasts: Dumbledore’s Secrets hit theaters. This is the third installment of the Fantastic Beasts saga, the Harry Potter spin-off that came to continue expanding the Magical World created by JK Rowling.

In the new installment, set several years after The Crimes of Grindelwald, young Albus Dumbledore (Jude Law) recruits Newt Scamander (Eddie Redmayne) and a group of witches and wizards to help him stop the advances of the evil Gellert Grindelwald (Mads Mikkelsen) and his army, and thus put an end to his dark plan that threatens to unleash a fierce war between the Wizarding World and the Muggle world.

Although the new film in the saga represents an improvement in the history between Dumbledore, Grindelwald and the Wizarding World in general, the film seems not to have completely convinced fans and critics, since The Secrets of Dumbledore stands as the instance of the franchise that has done the worst at the box office, with a collection that barely exceeds 280 million dollars.

Faced with the loss of enthusiasm for a story that has been slow to take off, many fans have decided to wait for the film to be available on demand so they can enjoy it from the comfort of home. The good news is that we will not have to wait too long, since it could reach streaming sooner than expected.

Since it is a Warner Bros. movie, the studio’s strategy over the past few months has been to release the movies on its streaming platform, HBO Max, 45 days after the theatrical release. Therefore, it is estimated that Fantastic Animals: Dumbledore’s Secrets will arrive on HBO Max on May 23.

Although the release date of The Secrets of Dumbledore varies in some countries, since in Spain it was released on April 8, while in Latin American countries such as Mexico and Argentina it was on April 14. So the arrival date at HBO Max could be between May 23 or 30, depending on the region. Although it is likely that since it is a global premiere, the release date will be unified and all subscribers of the service can enjoy it on the same day.

In the case of The Batman, which premiered in theaters on March 3 and 4, the film directed by Matt Reeves was available in the HBO Max catalog on April 18. And just a week after its premiere, it is already positioned as the most watched on the platform.

Official confirmation from HBO Max is yet to come, but fans will almost certainly be able to enjoy Fantastic Beasts: Dumbledore’s Secrets on demand at the end of May.

6 Rules of Correspondence on Dating Sites Everyone Should Know