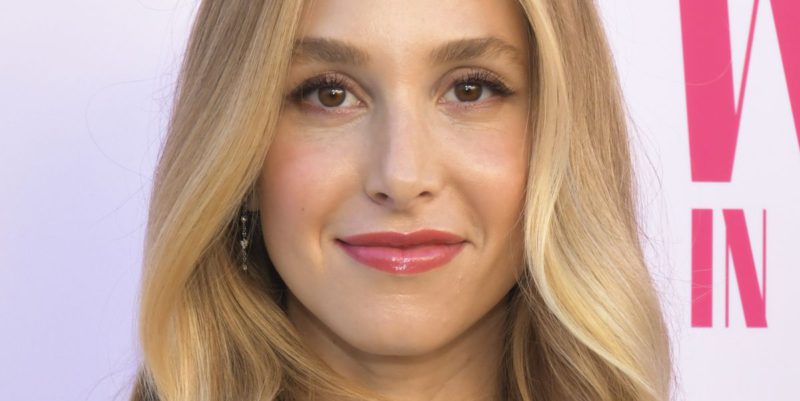 The last two years have been a roller coaster ride for Whitney Port, and the ride is still not over. The Hills: New Beginnings actor, 36, visited Chicago this week to assist her sister Jade as she gave birth to her baby boy, Tate. Coincidentally it is the same week Port was also expected to give birth to her second child.

Unfortunately, Port miscarried after eight weeks of pregnancy, and it was her second miscarriage in the last two years. Port reflected the unfortunate situation on Instagram following her nephew’s birth in the same week.

She said,” It is quite crazy to think that I also would have had a newborn baby in my arms within this week too”. The statement was written on the top of a photo of her cradling her newborn nephew. It is unfortunate to even think about that, but I just want to get it out of my head. She wanted to send everyone a hope which is dealing with some kind of fertility issue, a virtual hug. 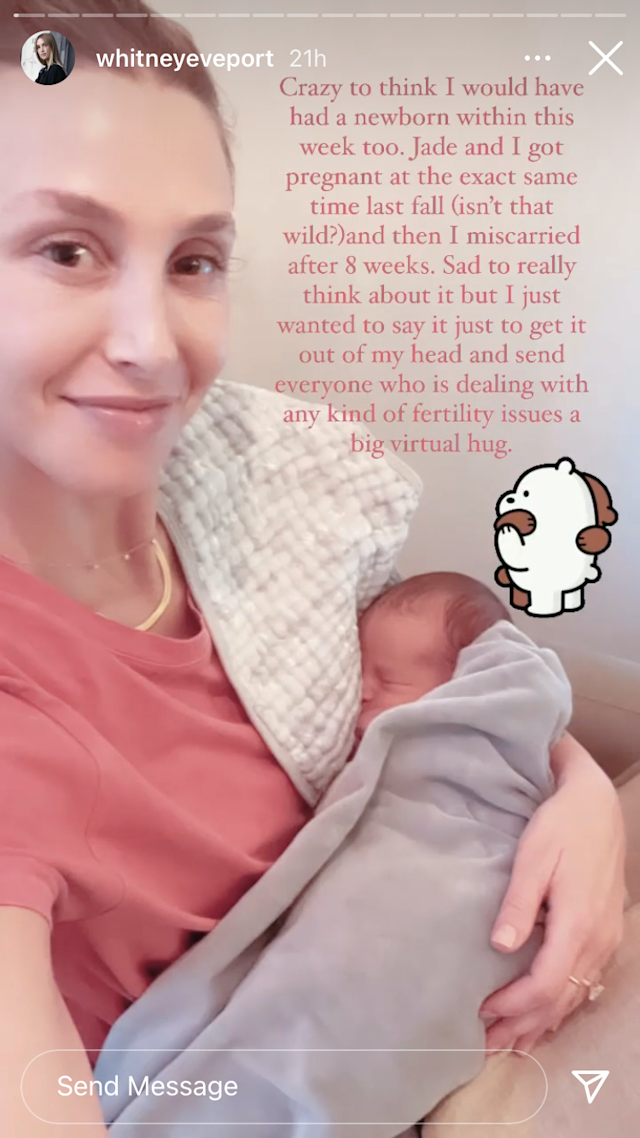 In Jule 2019, Whitney Port miscarried for the first time. She and her husband, Tim Roseman were looking forward to expanding their family of three. By bringing a sibling into the world for their son. Sonny Sanford who will turn 4 in the next month.

Port has long used her platform to encourage others to have difficult conversations about her personal experiences with miscarriage. She said two years ago on her With Whit podcast ” I welcome anyone to share their stories or feelings”.

The reality television star Whitney Port has never shied away from discussing her own experiences of life with the public.

Port said the experience leads to ‘guilt after her sadness and shock eventually morphed into relief. She even compared the emotional impact of miscarriage to the loss of her father seven years before.

In her statement, she said: “My identity has been always shakened into two regards to who I am as a mom and human being”. Port said in July 2019. ” Currrently i am in the process of learning to accept my true feelings which are valid no matter what they are. Whether people feel the same way as me or not. They are my personal emotions which are the result of my own journey.”

In the month of February, Whitney Port confirmed that she and Rosenman ” will try again” in the future for their second baby.

” Last time, I don’t think I was ready to have  another child and I had totally different feelings about the miscarriage.”. Whitney said on the Being Buma podcast. “This time I really connected with my baby and was really excited and enjoying the pregnancy. But god had different plans”.

Reason why Marvel Studios changed the origin of Taskmaster