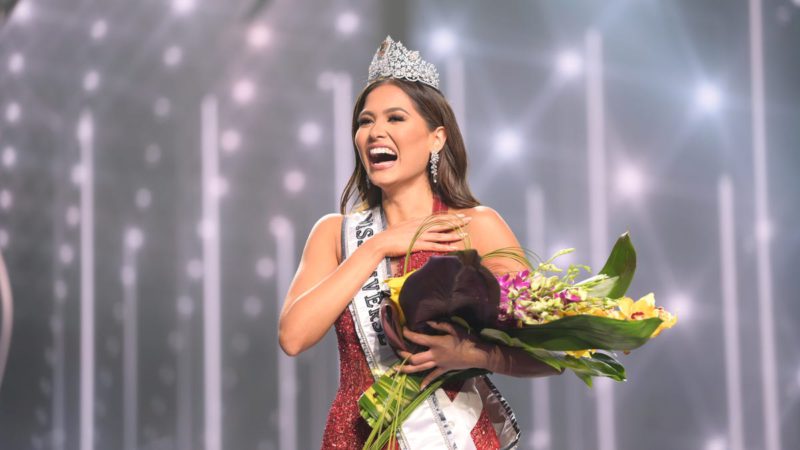 Andrea Meza, the representative of Mexico, is the winner of Miss Universe 2021.

Today the Miss Universe 2021 celebration was held from the Hard Rock Hotel & Casino in Florida, but the big surprise of the night was when it was announced that Andrea Meza, representative of Mexico in the pageant, was the winner of the crown, which makes her the most beautiful woman in the world.

After several hours of uncertainty, time in which she wasted elegance on the catwalk, the jury announced that the young Chihuahuan had everything she needed to take the crown. It should be noted that Andrea is the third Mexican to win this contest, the first was Lupita Jones in 1991, while Ximena Navarrete did it in 2010.

One of Andrea’s most memorable moments in the 2021 edition of Miss Universe occurred last Thursday during a show prior to the final gala, in which she proudly wore a colorful typical costume with embroidery and rhinestones that alluded to the famous alebrijes

Who is Andrea Meza, representative of Mexico and winner of Miss Universe 2021?

Andrea Meza is 26 years old, originally from the state of Chihuahua, and is 1.82 meters tall. She graduated as a Software Engineer from the Autonomous University of Chihuahua. She is an activist for animal rights, which motivated her to become vegan.

She is also a certified model and makeup artist, in her spare time she likes to practice extreme sports like rappelling and sandboarding. She has won the Miss Mexico 2017 and Mexicana Universal 2020 contests. She was also awarded the title of Miss America at Miss World 2017.