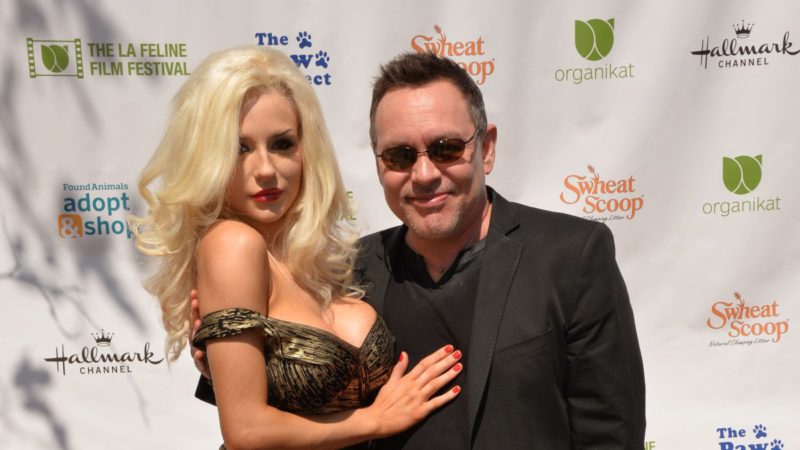 Courtney Stodden garnered all the popularity and fame in 2011 when they married Doug Hutchison. The strange thing about this was the couple’s 34 years long age gap, and it completely shocked the showbiz industry. Recently the TV personality and model Courtney Stodden captured all the headlines as they claimed that a fellow model and food blogger Chrissy Teigen bullied them almost ten years ago.

Stodden was then 16 at the time and married a man who was almost 34 years old them. This man was actor Doug Hutchinson who actually met Stodden on the internet. In a recent interview with a media portal, Stodden came out as non-binary and cited almost all of 2011 tweets from the Lip Sync Battle host Teigen.

Now, let’s return back to the main topic. Who actually is Stodden’s ex-husband Doug Hutchinson? What do we know about him? We have collected all the possible information about him and have listed it all here. Read on further to know all the details.

Who is Doug Hutchison?

Doug Hutchison is a popular American actor who has garnered a big name in the showbiz industry. The 60-year-old actor came to prominence in 1999 when he played the role of Percy Wetmore. The character was based on the evil prison guard who actually enjoyed seeing inmates die on death row in the film The Green Mile.

His brilliant performance at the box office even led him to the nominations for Satellite Award and Screen Actors Guild Award. The actor has also appeared in many TV series, including CSI, 24, The X Files, and many more. Unfortunately, his career came to a pause when he married Stodden.

Previously he was married to Amanda Sellers from 2002 to 2005. He got divorced from his ex-wife in 2005 after being married to her for two years. Doug Hutchison gained popularity when his relationship with 16-year-old Stodden came into the public eye, and he was labeled a pervert. The union of the duo also caused his distance from his family.

Hutchison lost all the projects not only as an actor but also as a producer because the news was so high that all agents dropped him. Every industry member out there was eliminating the actor for marrying an underage girl. In fact, after their wedding, both Stodden and Hutchison went bankrupt and broke. Both of them struggled a lot to make their ends meet. This was the time when both of them began to solicit interviews and started taking reality TV shows.

According to a report in 2017, Hutchison even filed for bankruptcy. Currently, his net worth is only $500,000. Doug Hutchison also believes that the union of him and Stodden caused him huge damage to his career but has no regrets. While speaking to Fox News in 2020, he said:

“But I didn’t realize the impact it would truly have.

“I was blacklisted. I was blackballed by casting directors.

“I shot my career in the head for love. And in doing so, I lost my family and friends.

“I was suddenly on the Titanic and everyone was fleeing except for me and Courtney.”

The couple was previously also separated in 2013 but they reconciled with each other a year later. Stodden & Doug have no kids as they suffered a miscarriage in 2016. Both of them again called off their relationship in 2017. After nine years of marriage Stodden and Hutchison finally divorced each other in March 2020.

Who is Courtney Stodden dating now?

As far as we know Courtney Stodden is not dating anyone and is currently single. In the year June 2020, the reality TV star was linked with Megan Fox. While speaking to a media portal they said:

“I had blocked him after several other women who he was playing came forward to me.“I stand with them and I believe them.”

Where is Hutchison now?

“She was 16 and I was 50, so I knew our union was going to turn heads. But I didn’t realize the impact it would truly have. I didn’t realize that in marrying Courtney, my manager would drop me, my agent would drop me. I was blacklisted. I was blackballed by casting directors. I shot my career in the head for love. And in doing so, I lost my family and friends. I was suddenly on the Titanic and everyone was fleeing except for me and Courtney.”

In January this year, Stodden had begun one campaign on Twitter named #StopDougHutchison campaign. She claimed that her ex-husband has been messaging different underage girls. She even shared some of the messages that were allegedly posted by the teenage girl from her Instagram account.

Courtney Posted: “I initially never wanted to post about this because I felt scared and embarrassed about everything. But, I’ve realized that this whole situation is bigger than me, and I need to be strong if I want him to be stopped,” the teenager claimed. “He told me that he ‘loved me,’ that I was ‘beautiful,’ ‘sexy,’ and ‘smart,'” she wrote, adding, “I was 15 years old. He was 60 years old,”

The Instagram user also claimed that they were the same extracts from emails Doug Hutchison sent to me. But the post after a few times of being deleted from Stodden’s account is no longer available.

Is TRX a Profitable Investment in the Long Term?