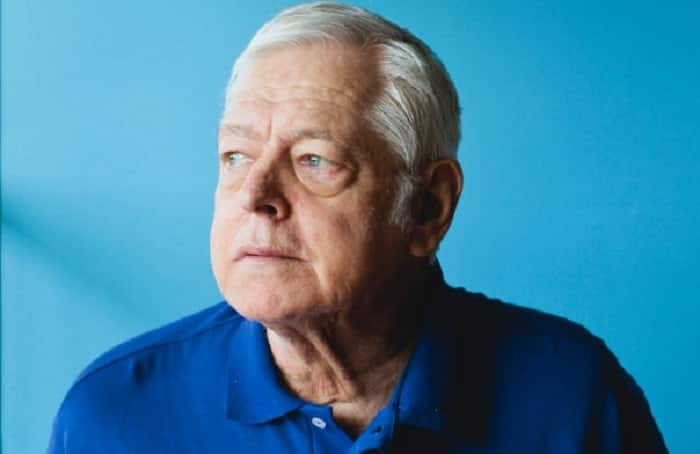 Ted Jorgenson was a bike-shop owner in Glendale, Arizona, and is known to be the father of Jeff Bezos, the CEO of the multi-billionaire company Amazon. Unfortunately, Jeff Bezos had no clue that Ted Jorgensen was his father, and the father and son could never be reunited.

Being a father, Ted Jorgensen would have been so proud seeing his son as the founder and CEO of one of the world’s greatest digital corporate business owners. However, Ted Jorgensen had no idea about his son being this huge as a person, and he could not get to see him till his death in 2015.

It’s a disturbing story to know that Ted Jorgensen could not see his son his entire life, even after the adoption of young Jeffery. So let’s get onto the details and learn more about this father-son story that unraveled a long time after Ted Jorgensen’s death.

Ted Jorgensen, the natural father of Jeff Bezos, was born on October 10, 1944. He lived in Alburquerque, Mexico, then moved to Glendale, Arizona, where he lived the rest of his life. He was the owner of a bicycle shop named Road Runner Bike Centre.

Later, Ted Jorgensen had a son named Jeffery after he married Jacklyn Gise in 1964, a high school student, but as the couple was a teenager, they divorced. Then Ted Jorgensen married another woman, and the couple stayed together until his death.

Ted Jorgensen’s ex-wife moved to Houston after marrying Miguel Bezos, and he legally adopted Jeffery and changed his name to Bezos. Ted Jorgensen was asked to let them live their lives and never interfere in the future, and as a result, he never knew that his young Jeffery had turned out to be the CEO of Amazon.

Ted Jorgensen was surprised to know the fact that his son Jeff Bezos had grown to be such a big man when writer Brad Stone approached him, who was writing a biography on Jeff Bezos.

“I did not know where he was, if he had a job or not, or if he was living or dead,” Ted Jorgensen told the author.

Even after Bezos learned about his biological father, he never came to meet him in person despite knowing he hadn’t seen him since his first birthday. Rather, he sent a letter to his father and went to his grave after Ted Jorgensen died in 2015.

When Ted Jorgensen was shown photos of Jeff, his eyes rolled out and were filled with tears and disbelief, according to the book written on Jeff Bezos. “I wasn’t a good father, neither a good husband,” said Ted when he tried to reconnect with his family

How did Ted Jorgensen learn about Jeff Bezos?

Ted Jorgensen was a circus performer and worked for low wages in the early years of his life. After he left Jacklyn and Jeffery, the officials told him to hand over Jeffery’s custody to Miguel Bezos. So after doing so, he left the place and moved to Phoenix in 1974.

Ted Jorgensen learned about his biological son in 2012, long after the couple separated and Miguel took Jeff away. Brad Stone, an author and a Bloomberg Businessweek reporter, was writing a biography of Jeff’s life when he learned about Ted.

The author was shocked that Ted Jorgensen had no idea that his son Jeff was a billionaire until he approached him. Ted Jorgensen agreed on the adoption of Jeff because he knew he would have a better life with Jacklyn and Miguel.

After a while, Ted Jorgensen forgot about the couple’s surnames and couldn’t recognize them until the day he was told about them by the author. Ted Jorgensen was unaware of any facts related to Jeff Bezos and his family until Brad Stone approached Ted Jorgensen at his bicycle repair shop to take his interview.

In the interview with Brad Stone, Ted Jorgensen said,” I used to wonder all the time though what happened to Jeff. Then I reached a point where I thought he was long gone. That was the only child I ever had-that makes a difference too. The last time I saw Jeff, he was in diapers.”

After Ted Jorgensen divorced Jacklyn, Jacklyn asked him to stay away from the family, and he decided to respect her decision and never contacted them. Although Ted told the reporter, “I had a number, Jeff’s mother asked me not to interfere, so I didn’t call.”

Read Also  What Happened To The Girl In The Basement? Everything You Need To Know About Elisabeth Fritzl

However, all these misconceptions led to the point that Ted Jorgensen never met his son in person and talked to him. There are speculations that Jeff Bezos knew about his biological father, Ted Jorgensen, but he never really wanted to meet him.

A family member expressed disbelief that Jeff Bezos never wanted to see his father and the 71-year-old Ted Jorgensen could not fulfill his dying wish. In the Brad Stone interview, Ted said he wanted to re-establish a connection with his family.

Ted Jorgensen received a letter as a token of reconciliation from Jeff Bezos, that had an Amazon Gift card. When Jeff learned that his biological father was dying, he refused to meet him, and Ted Jorgensen passed away. He also said, “I just want to see my son for once and acknowledge that I am his father and he’s my son.”

Francine Ruel: Everything About Canadian actress and writer