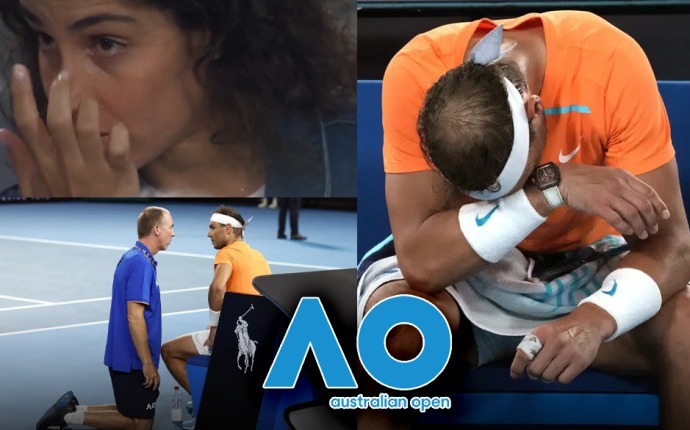 Tears streamed down the face of Xisca Perello as her husband, Rafael Nadal, fell in the second round of the Australian Open on Wednesday. The player was weakened by a hip injury, despite fighting to the end and receiving a standing ovation from an appreciative public.

At the post-match press conference, Nadal explained, “I am of the age to make my own decisions: as defending champion, I did not want to give up, I did not want to leave the court on an abandonment. And it’s better like this.” He further elaborated that this particular hip injury was much worse than in past experiences and he was “mentally destroyed”.

As the world number 2 has been battling injuries for years, his wife of two years has been there to support him in victories and defeats. Together since high school, the couple welcomed their first child, a boy, last October. Nadal reflected on the joy of their wedding two years ago, saying, “Basically, it hasn’t changed much in our life, since we’ve been together for seventeen years. But there came a time, in our existence, when it seemed like the right timing to do it…”

This defeat will certainly be a difficult one for Nadal, as he expressed that he can no longer physically “move anymore”. As he will take time to heal, his family will be there for comfort and support.