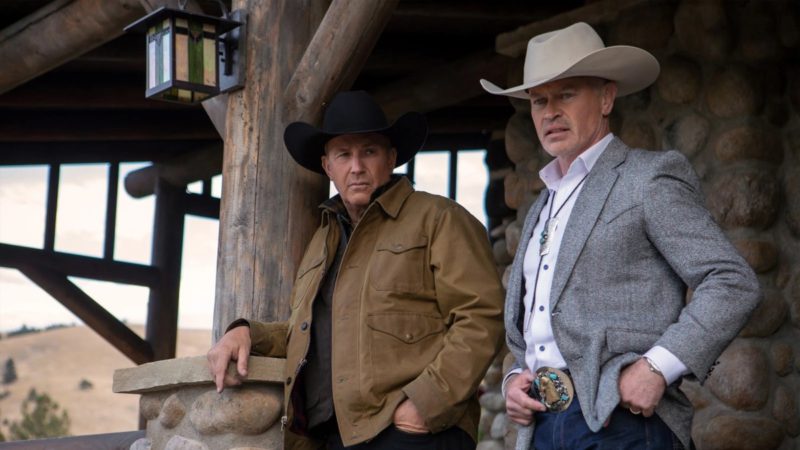 Yellowstone, the cowboy series with Kevin Costner that premiered in mid-2018 through the Paramount Network, ended with its season 4 in the first days of January in the midst of the fight of the main character, John Dutton, against who want to take over the vast tracts of land that have been owned by the family for several generations, as demonstrated by the prequel 1883.

The drama that follows John Dutton is one of the most successful shows on television today. Yellowstone, was created by actor, director and producer Taylor Sheridan, as was the spin-off series 1883 which ended in late February, whose story focused on James (Tim McGraw) and Margaret Dutton (Faith Hill) and how they managed to obtain the lands that today are owned by the character of Kevin Costner, one of his descendants.

The Paramount Network series is serving as inspiration for Sheridan, who has several projects on the way, including the sequel to 1883 called 1932 and another spin-off called 6666. Now, the streaming platform Amazon Prime Video will premiere in a few weeks a series similar to Yellowstone, but with a supernatural twist.

Amazon Prime Video is promoting the new cowboy drama called Outer Range, the neo-Western starring Josh Brolin that premieres Friday, April 15 on the streamer. The drama will center on Royal Abbott (played by Brolin), a rancher fighting for his land and his family when he uncovers an unfathomable mystery on the fringes of Wyoming’s wilderness.

Trailer of the series similar to Yellowstone that will premiere Amazon Prime Video, Outer Range

Presented as a gripping Western family saga with hints of wry humor and supernatural mystery,” Outer Range promises to examine how we deal with the unknown, as an untimely death in the community sets off a chain of tension-filled events, and the seemingly small-town troubles , bound to the land, reach their climax with the arrival of a mysterious black void in the western pastures of the Abbotts.