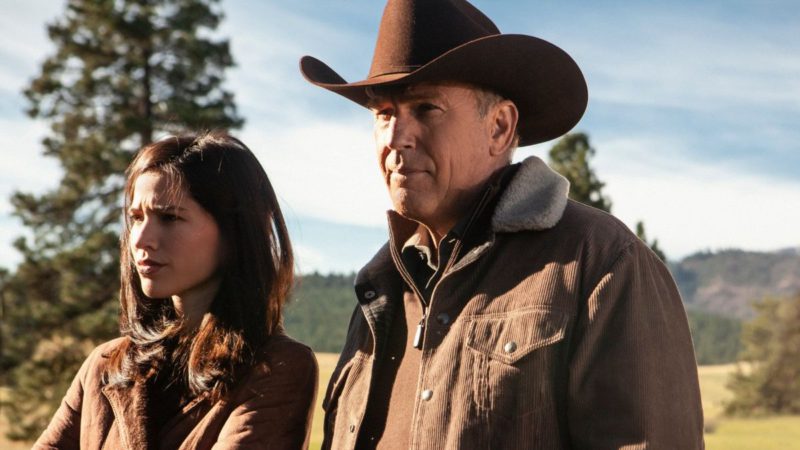 Yellowstone is one of the most successful cowboy dramas on television in recent decades. The series that follows the character of Kevin Costner, John Dutton, since it premiered in 2018 became a major program and broke records with the fourth season that premiered last year and ended on January 2 on the broadcast network. Paramount Network.

The drama that tells the story of John Dutton as the owner of the largest cattle ranch in the United States, was renewed for its season 5 that will begin filming in May, while its premiere is scheduled for fall 2022. Although fans of Yellowstone have been waiting almost three months to catch up on the series before new episodes arrive, now they can as the fourth installment has just premiered on the usual streaming-on-demand platform.

Yellowstone Season 4 finally premiered on the Peacock streaming platform on Monday, March 28, as announced at the end of last February. The latest episodes of the hit series starring Kevin Costner join the first three installments of the drama, all of which have been available on the streamer for some time.

Read Also  How to watch Harry Potter reunion in Canada?

On Monday morning, Peacock reportedly added the fourth season of Yellowstone, allowing fans who didn’t get a chance to watch the most recent episodes live on the Paramount Network to catch up on the story of Yellowstone. the Dutton family and its fascinating plot, while the characters manage their conflicts.

So far it is unknown how many seasons Yellowstone will have; However, it must be taken into account that within this universe there are many stories to tell, and more so now that its creator Taylor Sheridan is constantly developing the continuation of the prequel 1883, which will hit the screens with the second part called 1932. via Paramount+.

Meanwhile, Sheridan is working on another series derived from Yellowstone called 6666, of which there are no further details regarding who will star or what the story will be. What is known is that it will focus on the real Four Sixes Ranch, the largest in the United States in real life and which is currently owned by the creator of the franchise.

Read Also  House of the Dragon: What we suspected the best difference from Game of Thrones